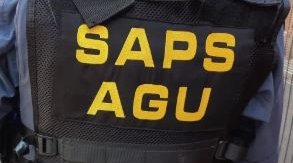 South Africa’s national police service is now assisting in the tavern tragedy investigation after the events of Sunday morning that left 21 teenagers dead and four critical.

The announcement on Monday, June 27, follows the events early on Sunday morning at the Enyobeni Tavern in East London. The gruesome scene that met the emergency services included bodies strewn across tables, chairs and on the floor of the local nightclub following a night of partying.

Police spokesperson Athelenda Mathe said that the cause of death had not been identified and asked people not to speculate as this could inflame the situation further. She told EWN South Africa that: “We have an experienced team that is complementing the province. We also have additional members being brought in so that we can get to the bottom of what has happened to these young people.

“We are also engaging other stakeholders and investigating issues of compliance to liquor legislation. We can confirm that we have lodged an inquest into the deaths of these pupils.”

She also made a public call for people to come forward with information on the tavern tragedy by calling the 10111 hotline.

#sapsHQ #SAPS has ordered the deployment of maximum resources as police investigate the circumstances surrounding the death of 21 teenagers at a local tavern in Scenery Park, East London. #CrimeStop MEhttps://t.co/YahXi4NfKa pic.twitter.com/h3KavR3fg1

With family members still going through the process of identifying bodies, the National Liquor Traders’ Lucky Ntimane said that the tavern “should be shut for good.”

He continued saying that every tavern must follow liquor laws to the book, and none can operate without impunity.

“I think it is beyond devastating. It is shattering that we talk about body bags leaving the tavern, including that of a 13-year-old. It is actually strange that we mention 13-year-old and tavern in the same sentence.

“We’ve spoken to the minister of police, Bheki Cele, yesterday as well and the national police commissioner, General Fannie Masemola, about the need to tighten the regulations that govern the issuing of licences because it seems that they’re just being dished out, like sweets, without doing background checks or whether a person qualifies to have a liquor licence.”

Mathe said the owner of the tavern has not been arrested but the province’s Liquor Board will shut down the pub Monday to allow for investigations to be completed.

There are questions as to how the tavern tragedy could have occurred and why the youngsters were inside a South African tavern serving alcohol, and just how the 21 could have died.