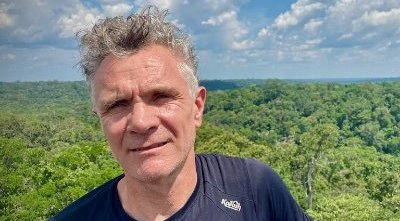 A funeral was held in Brazil on Sunday for the murdered British journalist Dom Phillips, who was killed along with his guide whilst researching the plight of indigenous populations.

Speaking during the service on June 26 his widow Alessandro Sampaio, said he was being cremated in “his chosen home”

In a case that grabbed the attention of people worldwide, Phillips, 57, and indigenous expert Bruno Pereira, 41, was undertaking research for his book when they went missing.

Last seen on their boat on the Itaquai River, near the entrance of the Javari Valley Indigenous Territory, which borders Peru and Colombia, on June 5, locals reported them missing soon after.

Three fishermen arrested by police on suspicion of murdering the pair showed investigators where their bodies were hidden, with an autopsy suggesting they were killed by a “firearm with typical hunting ammunition”.

Sampaio said at the funeral of her husband: “First of all, I would like to express my eternal gratitude to the indigenous peoples, who are with us as loyal guardians of life, justice, and our forests.

“Today, Dom will be cremated in Brazil, the country he loved, his chosen home. Today is a day of mourning.”

The rain forests of Brazil have long been conflict zones with deforestation and illegal fishing, bringing those involved into contact with local tribes seeking to protect their homes and their way of life.

Sian, Phillips’ sister, said: “He was killed because he tried to tell the world what was happening to the rainforest and its inhabitants.

“Dom understood the need for urgent change for political and economic approaches to conservation. His family and his friends are committed to continuing that work even in this time of tragedy. The story must be told.”

Phillips and his wife lived in the city of Salvador, where he taught English to students from poor backgrounds. The couple was in the process of adopting two children, but it is not known whether the adoption will go through now that has passed on.

Sian said: “As we remember Dom as a loving, fun and cool big brother, we are sad he was denied the chance to share these qualities as a father for the next generation.”

The Funeral held in Rio de Janeiro in Brazil for the murdered British journalist Dom Phillips was attended by many local officials and the tribespeople that he fought so hard to protect through his work as a journalist.