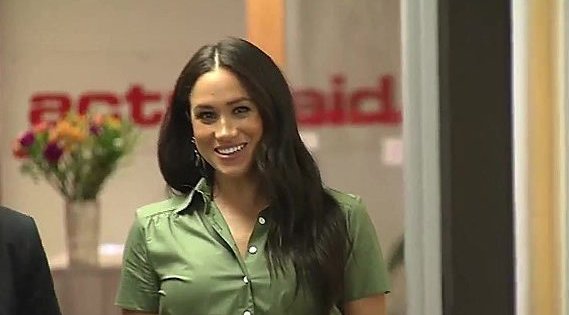 Meghan Markles no longer sparkles as her popularity in the US nosedives. CC/eNCA - YouTube

The US has turned against Meghan Markle as her popularity in her home country has taken a nosedive according to The Express Monday, June 27

Harry and Meghan first met on a blind date in early July 2016 and after a whirlwind romance, they married in May 2018.

In 2020 Prince Harry and Meghan Markle gave up their roles as working members of the Royal Family amid privacy concerns and moved to Canada.

Several months later they left Canada to forge a new life in California in the United States of America.

Despite wanting privacy the couple have done several high-profile interviews. The most infamous is the bombshell interview with Ophra Winfrey in 2021.

Several accusations and claims against the Royal Family were made during the interview which have since been debunked.

A YouGov poll of 1,000 US adults from May 18-21, 2022 found Harry and Meghan‘s ratings had plunged, with just 45 per cent having a “favourable or somewhat favourable” view of the Duchess of Sussex.

Less than half (46 per cent) had a “very or somewhat unfavourable” view of her.

Washington-based foreign policy expert and Royal Family enthusiast, Nile Gardiner told Express.co.uk: “The popularity of Meghan and Harry in the US has declined significantly over the course of the year, and that will continue to decline.”

“The image of Meghan is plummeting in the US as it is in the UK.”

“The Queen is hugely admired in the US, as is Prince William and the Duchess of Cambridge.”

“Meghan’s image is significantly falling in the US.”