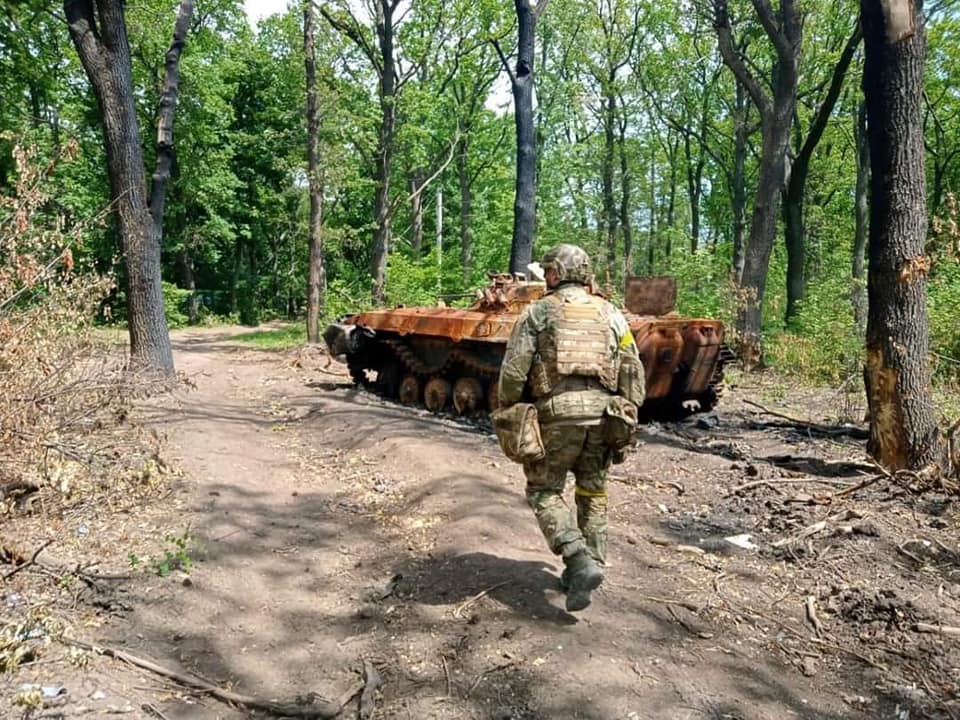 ON Monday, June 27, Ukraine’s Ministry of Defence published updated figures of combat losses inflicted on Russian forces since the beginning of the war.

In the updated Russian combat losses, Ukraine’s MoD announced that a further 20 tanks had been destroyed by Ukrainian forces on Sunday, June 26. This takes the number of Russian tanks lost in Ukraine to 1552.

According to the latest data, another 150 Russian soldiers died in battle, which has brought the total to around 35,000.

Another 28 Armoured Personnel Carriers (APCs) from Russia were destroyed by Ukrainian forces, according to Ukraine’s military update on Russia’s combat losses since February 24.

The other significant increase in figures is the loss of two Russian anti-aircraft warfare systems, which takes the number destroyed by the Ukrainian army to 101.

The General Staff of the Armed Forces of Ukraine revealed that Putin’s army had suffered the greatest losses on Sunday, June 26 in the Bahmut direction.

A detailed breakdown of the 124th day of the war also shows that the loss of the 28 Russian APCs now means Ukraine has destroyed 3687 in total since the beginning of the conflict, while the destruction of six more Russian UAVs means that Putin’s army has now lost 636 in total.

The news of Russian combat losses comes after Putin launched an attack on Ukraine’s capital Kyiv on Sunday, June 26.

Explosions were reported in the Shevchenkivskyi district of Kyiv at around 6.20 am as a result of Russian airstrikes and multiple civilian casualties were reported, including the death of the father of a young girl, whose rescue has gone viral on social media.

While the rest of us Europeans enjoyed a night out yesterday and had a good night’s sleep, Russia fired 14 missiles on Kyiv overnight, hitting residential buildings.

Here, rescue workers are pulling out a screaming 7-year-old girl from beneath the rubble.

Her father was killed. pic.twitter.com/QlwAkhgifp