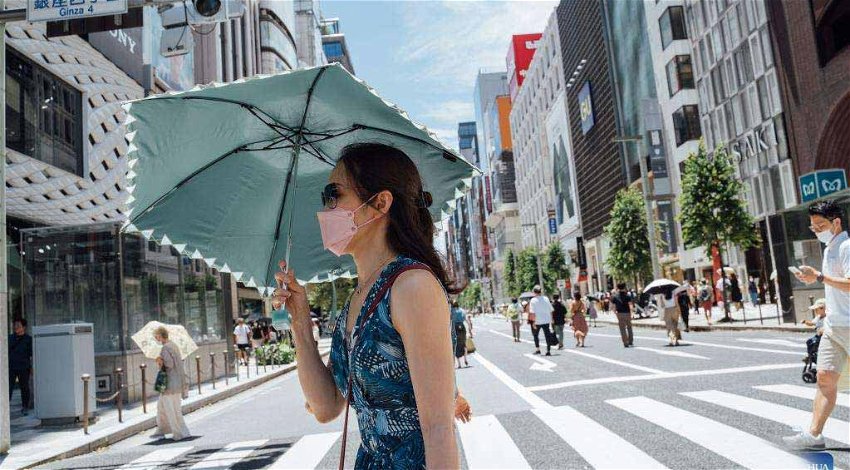 An unusually intense and unprecedented heat wave affecting Tokyo has resulted in authorities asking residents to switch off their and all unessential appliances with the power grid under extreme pressure.

The heat wave that started on Saturday, June 25 and which has continued into the new week has seen temperature records broken with the mercury hitting 40.2 degrees centigrade in 30 minutes northwest of the capital.

More than 250 people have been admitted to hospitals in the capital suffering from heat stroke, whilst at least one person is known to have died from heat exhaustion. The 94-year-old man was found in his room with no air-conditioning.

Heat stroke warnings were issued over the weekend for six of Japan’s 47 prefectures with the Japanese Meteorological Agency and environment ministry on Saturday, recommending people remain indoors to stay cool.

Authorities have said that power supplies will be under the most pressure from 3 to 6 pm, with The Ministry of Economy, Trade, and Industry (METI) saying: “Please save as much power as possible, such as by turning off lights that are not in use.”

The earliest end to the rains since records began in 1951 is said to be the cause of the unusual weather and is according to weather forecasters an indication of what is to come with summer expected to be hotter than expected.

Temperatures are expected to drop off late Monday afternoon with the temperatures experienced over the last few days considered extreme heat and the earliest arrival of the higher temperatures since records began in 1875.

Another weather station in central Tokyo logged 35.4C earlier in the day, marking the earliest arrival since records began in 1875 of an above-35C day in the capital – considered extreme heat in Japan.

The country is already struggling with energy supply on the back of Russian sanctions, the shutting down of the Fukushima nuclear plant and the closure of old coal power stations.

The unprecedented heat wave in Tokyo follows similarly early extreme temperatures that have been experienced so far this year in places as far apart as the US, Spain and Pakistan.