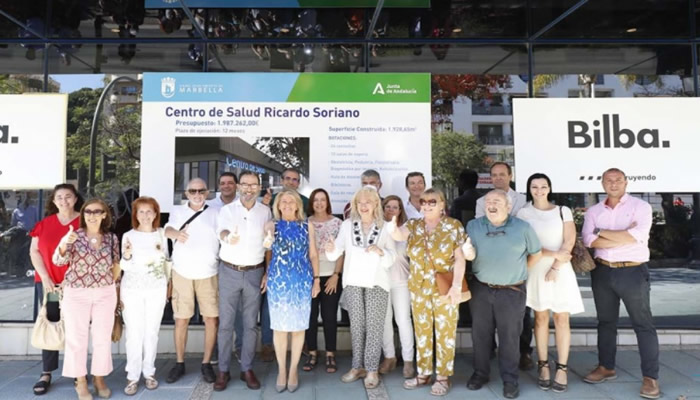 Work has started on the facility to house the new Ricardo Soriano health centre in the Malaga city of Marbella.

Marbella City Council announced on Thursday, June 23, that it has begun the refurbishment works to house the new Ricardo Soriano health centre. The Andalucian Government will subsequently provide personnel and material to this new facility.

Angeles Muñoz, mayor of the Malaga city, visited the site together with Carlos Bautista, the provincial delegate for Health of the Junta de Andalucia.

She stressed: “It is an act of justice for the municipality, after ten years of fighting and two attempts at public auction by the PSOE when it governed in the regional administration of the old Urban Planning headquarters, and a response to the commitment that we assumed with the neighbours that are now becoming a reality”.

Bilba Constructora Andalucia is the successful bidder that will carry out the project. The mayor highlighted that the work has a completion period of 12 months, with a budget of €1.9 million.

Mr Muñoz pointed out that the health centre is located in a building that the City Council had to deliver to the Junta de Andalucia when the PSOE governed. This was as payment for the repayable advance delivered to the local administration at the time of the Management Commission.

“From 2009, when all the processing of the transfer of the building was done, until 2019, when Juan Manuel Moreno entered the Government of the Andalucian Government as president, I have been fighting again and again so that the building did not get sold and would be for the citizens”, he explained.

“We have the support of the Calvario-Huerta Belon neighbourhood association for this project, plus the federation itself, from where signatures were collected for this facility to become a health centre”, Muñoz added.

Maribel Notario, the secretary of the association, reminded those present that the collection of signatures undertaken by the group was headed by Juan Manuel Moreno when he was not yet regional president. Elias Bendodo and the mayor herself were also a part of this she explained.

“This is a commitment that has been fulfilled and that benefits the citizens of Marbella in general, thanks to those signatures that were collected, for this facility to become a health centre”, Notario added.