Congress approves the legalisation of medical cannabis in Spain 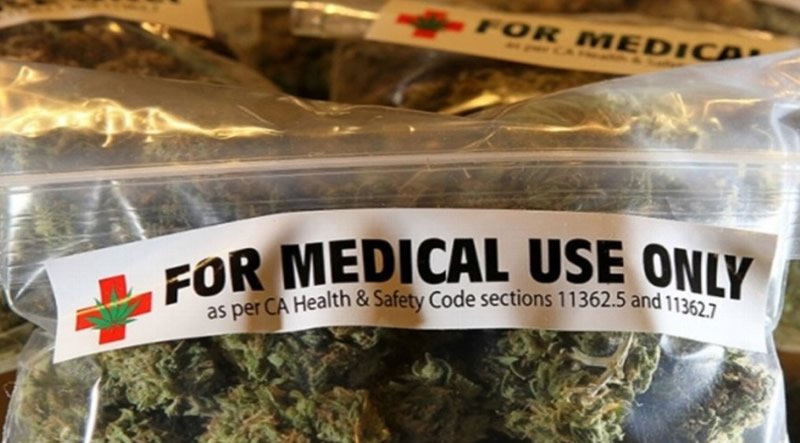 Image of a bag of medicinal cannabis. Credit: Creative Commons

The legalisation of medical cannabis has finally been given the green light in Spain by Congress.

The Commission on Health and Consumption of Congress voted on Monday, June 27, to approve the legalisation of medical cannabis for therapeutic use in patients in Spain. It will subsequently be considered as one more medicinal solution to alleviate the pain of chronic patients or the effects of treatment of certain pathologies.

A spokesperson for the Spanish Observatory of Medicinal Cannabis (OECM) said they expect, being optimistic, that “in six months, the first patient will receive a first medical cannabis preparation”. That is the same time that the report grants to the Spanish Agency of Medicines and Health Products (AEMPS) to fit its implementation into the current legislation.

Monday’s decision will not have to be voted on in the plenary session of Congress. It is the result of eight months of work by a subcommittee created ad hoc for political groups to analyse the experiences of this initiative in other countries, and listen to the opinions of scientists and experts in the field.

Manuel Guzman, a professor of biochemistry and leader of the OECM, said: “We are very happy. After so many years of battle, Canada was the first country to launch a dispensing program two decades ago. In recent years, other countries around us have been joining. Finally, in 2022, patients will be able to have access to medicinal cannabis preparations, in a safe way both from a legal and health point of view”.

Although the text “is not perfect”, he regretted. Among its recommendations, it does not include one of the main demands of patients. Included in a compromise amendment of the purple wing of the government, the self-cultivation of the flowering tops of cannabis, the buds, was omitted.

“We would have liked to have achieved self-cultivation, at least in licences for some patients”, admitted Guzman.

The OECM representative would have also welcomed that “the opinion was more explicit in the use of cannabis flowers”. The draft contemplates the use of buds “to develop experimental medicinal projects”, although it does not specify anything else in this regard.

He believed that patients would have celebrated some “more indication”, such as “the treatment of wasting syndrome, or sleep disorders in cancer patients”. These are among the ailments for which the substance could be prescribed. They include multiple sclerosis, some forms of epilepsy, nausea and vomiting related to chemotherapy, endometriosis, cancer pain, and chronic non-cancer pain (including neuropathic pain).

One of the most notable conclusions of the text is access to the dispensing of medicinal cannabis in pharmacies. The text establishes that “the dispensing of magisterial formulas with standardised cannabis extracts or preparations must be carried out through the network of pharmacies of the health system, preferably in hospital pharmacies, and exploring the alternative of community pharmacies that can qualify”.

It added that the prescription should be carried out “exclusively by health professionals, in a context-free of potential conflicts of interest, such as that offered by health services, and preferably, by medical specialists”. In no case is its legalisation for recreational consumption considered, as had been requested by the Ciudadanos party.

Both right-wing parties, Partido Popular and Vox, flatly rejected the legalisation of cannabis for medicinal use, claiming that it does not have a scientific basis. There are already other useful drugs available to alleviate pain and this initiative opens the door to the use of “recreational” marijuana they argued.

In response, the OECM leader assures that there is support from science and that medical cannabis “simply adds a complementary medication that can be very useful to improve the quality of life in patients with chronic and highly devastating diseases”.

Guzman pointed out that there are already synthetic opioids on the market that are “much more aggressive than marijuana, and everyone understands what their properties and effects are. It’s like we have regulated whiskey and we’re worried about the effects of beer and wine”, he exemplified.

Regarding the risks of increased use derived from the legalisation of the substance for therapeutic purposes, he concluded: “Consumption has increased in those models that have not implemented parallel education and control programs to know how or to whom it is dispensed. Read the most mercantilist models, like the one in the United States”, as reported by 20minutos.