Ryanair and Easyjet strikes in Spain this week 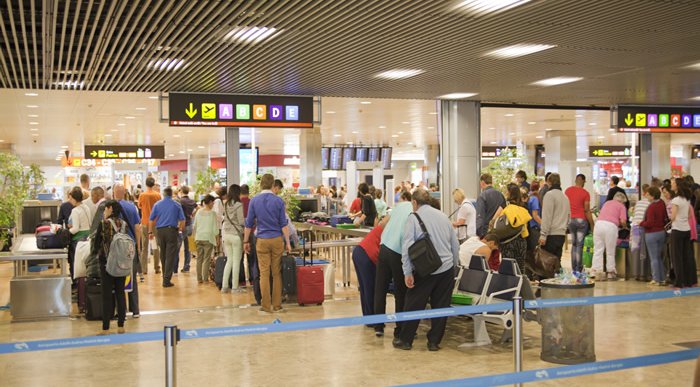 Image of passengers at the airport. Credit: IR Stone/Shutterstock

More cabin crew strikes take place this week in Spain with both Ryanair and Easyjet involved.

Ryanair cabin crew went on strike in Spain last weekend, causing disruption at many airports. Malaga airport was the facility affected the most, with 20 flights cancelled. There were also many delays, both incoming, and departing, as a result of the industrial action.

Andalucia’s other airport in Sevilla also suffered, but not as bad as on the Costa del Sol. Around 50 flights were cancelled in total among Ryanair’s Spanish bases. More strike action is planned for this week, with Easyjet joining Ryanair.

Spain’s Ministry of Transport, Mobility and Urban Agenda has set minimum services that range from 73 per cent to 82 per cent on domestic flights or from islands. For peninsular flights whose travel time on public transport is greater than 5 hours and internationally, these minimum services will be from 53 per cent to 58 per cent.

What to do if your flight is cancelled due to a strike?

The General Directorate of Consumption of the Junta de Andalucia points out that users have a set of rights laid out in Regulation (CE) 261/2004 of the European Parliament and of the Council, of February 11, 2004, according to sevilla.abc.es.

The airline that cancelled its flight has a series of obligations to the passenger. It must communicate to users their rights in terms of compensation and assistance. In addition, it must offer travellers enough food and drink based on the time needed to enable alternative transportation. Free hotel accommodation and transportation must be provided if that alternative route cannot be guaranteed on the same day.

In certain circumstances, the cancellation of a flight implies a right to compensation. This is a right that the traveller may not avail himself of if the airline proves that the flight has been cancelled due to extraordinary causes (adverse weather, security risks, political instability, etc.), or if the company has informed – and can prove – of the cancellation with a certain notice.