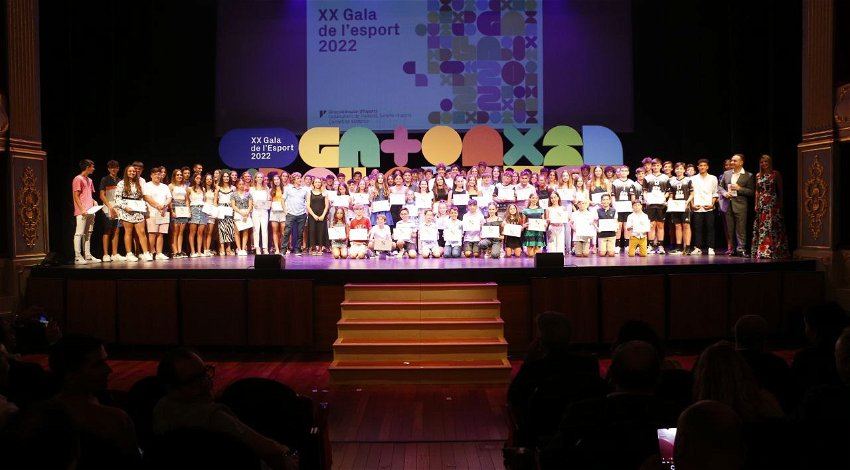 The 20th edition of the Consell de Mallorca’s Sports Gala in Palma celebrated the achievements of 126 athletes from the island.

The Consell de Mallorca highlighted its commitment to the values of tolerance, diversity, plurality, inclusion, perseverance and respect in sport. This year’s awards have been given to sports clubs and entities that have stood out for their efforts to promote these values.

Of course, the real stars of the event were the young Mallorcan athletes who obtained first and second positions in all the championships held during the 2021-2022 season. Additionally, the basketball player Alba Torrens and the canoeist Sete Benavides received special tributes for their outstanding careers in the world of sport, and the rugby referee Lu Fornés received the Jugamos Award.

Three entities also received awards: the School Sports Award went to the Balearic under-16 indoor football team, the league champions; the Social Entity Award went to Bàsquet Run & Gun, for its inclusive work; and the Archiduque Lluís Salvador Secondary School received the Educational Centre Award for its active involvement in sports. The municipality of Calvia was also awarded for its sporting initiatives over the past year.

The 20th Sports Gala was presented by the famous magician Llorenç Cloquell and the journalist Rosa de Lima, and there were several outstanding performances to keep everyone entertained. Sports professionals including the top referee Guillermo Cuadra, the basketball player Nogaye Lo, the sailor Sergi Roig and the Olympic wrestler Graciela Sánchez all had important messages to share.

The councillor of Transition, Tourism and Sport of the Consell de Mallorca, Andreu Serra, opened the event. He said: “To create a more egalitarian and fairer society, we need sports professionals who are more aware, as they have the power to use sport and physical education to break down the inequalities and traditional roles that are perpetuated.”

The ceremony was closed by the president of the Consell de Mallorca, Catalina Cladera. She thanked all the athletes and those who had collaborated with the programmes of the Sports Department. She said: “Sport not only serves to transmit values, but also to encourage personal autonomy and decision-making. It is not just about winning and losing. It is about enjoying oneself, feeling fulfilled and, above all, sport is a path to personal wellbeing.”