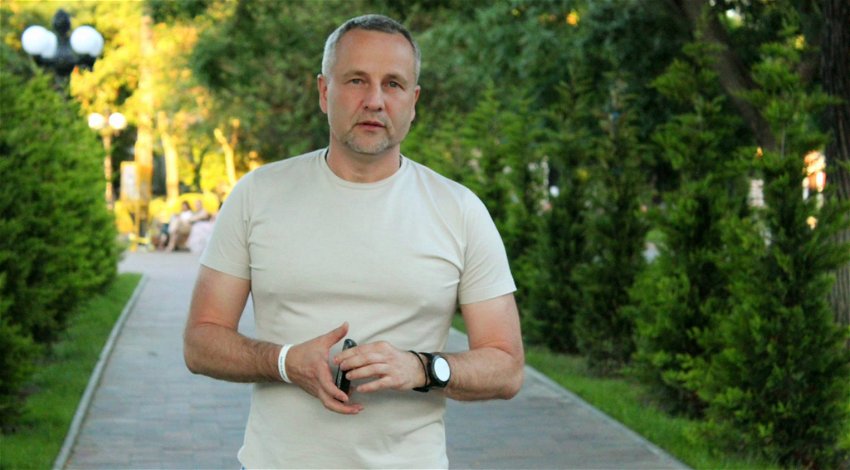 LATE on Tuesday, June 28, the elected mayor of Ukraine’s Kherson, Igor Kolykhaev, was arrested by Russian forces and replaced, according to Russian politician Kirill Stremousov.

Deputy head of the ‘military-civilian’ administration of the Kherson region, Kirill Stremousov, told Russian media outlet RIA Novosti that ‘the ex-mayor Kolykhaev had been arrested and neutralised.’

Stremousov – who recently accused Ukraine of committing a terrorist act following the alleged assassination of Dmitri Savluchenko, the head of the family, youth and sports department of the so-called ‘military-civilian’ administration of the Kherson region – said:

“The ex-mayor Kolykhaev, a man who is a mayor – a hero for the Nazi environment, was detained.

“The man who openly mocked, called for ignoring the processes, this is the man who did much harm in the denazification process,” the deputy head of the VGA said.

He added: “Finally, he was neutralised.”

According to his assistant Galina Lyashevska, Kolychayev was detained by the Russian National Guard and the FSB secret service after a meeting with other former members of the city council.

She called his arrest a “kidnapping”.

“As soon as he got out of the car [to enter the building where the remaining employees of the city council were working], he was immediately detained by the armed national guards and, most likely, the FSB,” she wrote on Facebook.

“They seized hard drives from computers, opened all the safes, searched for documents. All this time, Kolykhaev was kept in a separate office in handcuffs under armed guards. After the search, Kolykhaev was put on the Z bus and taken away.”

She added: “I am sure that the arrest of Kolykhaev is related to his refusal to cooperate with the occupation authorities

“A few days ago, Kolykhaev received a letter from the “newly-appointed” mayor, where he invited him to discuss the future “organisation of interaction”. For refusing to meet, he was threatened with arrest. Kolykhaev did not go.”

“I fear for the life of Igor Kolykhaev,” she said.

The removal of Kolykhaev follows the dismissal of Kherson’s Ukrainian leadership back in April when former KGB agent Alexander Kobets was appointed as mayor and ex-mayor Volodymyr Saldo as regional head.

Stremousov added that Alexander Kobets will now manage the city once again.

As mentioned previously, Russian leadership in Ukraine’s occupied city of Kherson was rocked last week when Dmitri Savluchenko died after a car bomb was detonated in a residential neighbourhood on Friday, June 24.