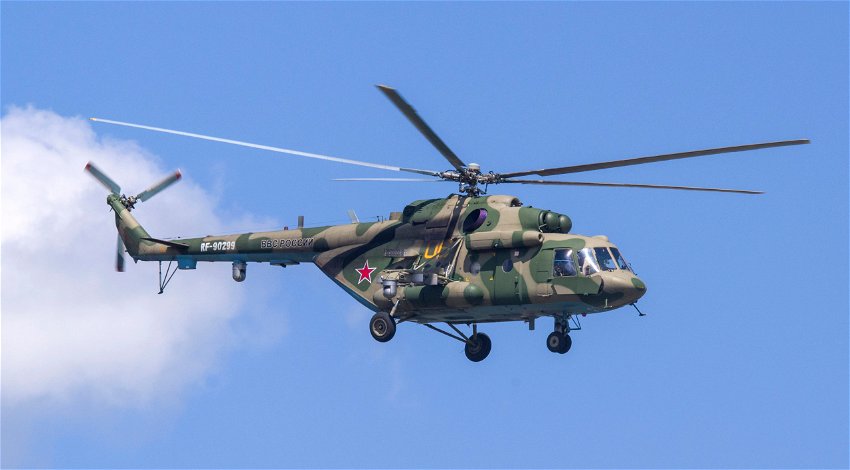 A Russian Mi-8 helicopter crashed in Russia’s Yakutia region while reportedly on an emergency mission, on Wednesday June 29.

A Russian Mi-8 helicopter crashed in Yakutia, Russia, after reportedly flying from Ust-Maisky village (located in the southeast of the region) while on an emergency mission to put out a fire in the area.

Russia’s Unified Duty Dispatch Service (UDDS) said the helicopter “tried to make an emergency landing, but crashed on impact with the ground”.

According to the Ministry of Emergency Situations the crash resulted in no fatalities, despite some Russian media agencies reporting that there had been multiple casualties.

The reason behind the crash has not yet been reported, but the helicopter was reportedly trying to land for “technical reasons.”

The Russian Mi-8 helicopter has been in flight since the early 1960s, with its crew consisting of a commander, co-pilot and flight engineer.

The passenger model of the Russian Mi-8 helicopter can carry up to 28 people.

The news follows reports of a Russian Ka-53 “Alligator” helicopter being shot down by a Ukraine paratrooper on Thursday, June 23.

The Ukraine Paratrooper’s destruction of the Russian Ka-52 “Alligator” helicopter was reported by the 80th Independent Airborne Assault Brigade of the Ukrainian Armed Forces.

Speaking on the destruction of the Russian Ka-52 helicopter the Ukrainian Paratrooper, named “Nazar” stated:

“On that day, our crew went on combat duty. Around eight o’clock in the morning, three enemy Ka-52 helicopters appeared in the sky from the enemy side.”

“Apparently, they were conducting air reconnaissance. As the helicopters approached, I aimed my man-portable air defence system “Igla” at the target and launched it.”

“The missile hit the helicopter! Black smoke fell out of the downed helicopter,” stated Nazar, the anti-aircraft gunner.