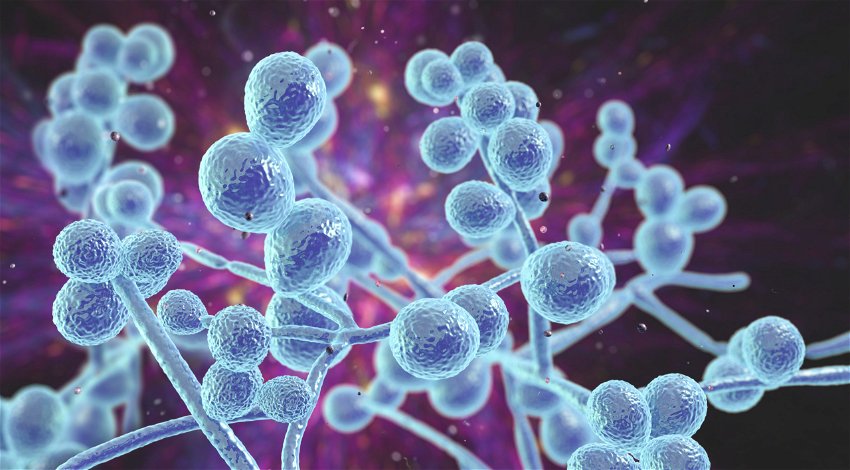 Top scientists have admitted they are helpless against a deadly fungal superbug that has caused thousands of deaths across the globe.

In a study by experts at McMaster University in Hamilton, Ontario, Canada, researchers revealed they can’t stop outbreaks of the superbug – Candida Auris – due to the way it mutates.

Most superbugs are able to be treated effectively because when they mutate, they simply create copies of themselves. Scientists know exactly what germs they need to target, and can work to produce medicines that tackle and kill the bug.

Candida Auris, however, mutates sexually, meaning when two strains come together, instead of creating a direct replica of themselves, they form an offspring different from the original parental strains.

This means professors can’t keep up with the bacteria as it mutates, making it resistant to drugs created to target the parent microbes.

More than 1,300 different types of the little-known pathogen were examined in the McMaster study, which was published in the Computation and Structural Biotechnology Journal.

The team of researchers were proved right in their suspicions that recombination events, or sexual activity, was the reason that the fungal disease hasn’t been responding to drugs.

Jianping Xu is a professor within McMaster’s Department of Biology, and a researcher with Canada’s Global Nexus for Pandemics and Biological Threats, said of the study: “The research tells us that this fungus has recombined in the past and can recombine in nature, which enable it to generate new genetic variants rather quickly.”

Patients that carry Candida Auris may suffer from bloodstream infections, wound infections, ear infections, and in most extreme cases, death. It is thought those in nursing homes, and people with IV lines and tubes in their body, are more susceptible to catching the disease.

“That may sound frightening, but it’s a double-edged sword,” Xu said. “Because we learned they could recombine in nature, we could possibly replicate the process in the lab, which could allow us to understand the genetic controls of virulence and drug resistance and potentially other traits that make it such a dangerous pathogen, much faster.”

The virus first appeared in 2009 and has five different lineages, known as Clades, that have emerged from all corners of the globe.

Clade I is primarily from South Asia, Clade II from East Asia, Clade III from Africa, Clade IV from the Americas, and several strains of Clade V were traced to being from Iran in Central Asia.

Canada is one of the countries that has three of the five known claves, with researchers stating some came from within the same hospital.

“The mixing of strains in the same hospital, potentially in the same patient, creates an opportunity for them to meet and mate,” Xu said.

“This study is about sex and the implication of sex to organisms is often very broad. For fungi, it means they can spread genes that are beneficial to them much faster through populations than asexual reproduction alone.”

The study’s findings come fresh off the back of news from the World Health Organisation that over 1,300 new cases of monkeypox have been found in the last two weeks.