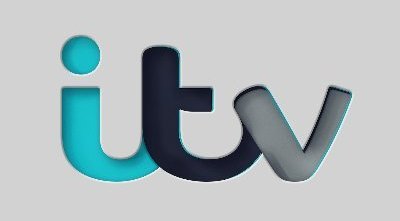 ITV are to axe Celebrity Juice after its 14-year run it has been confirmed on Wednesday, June 29.

Keith Lemon took to Twitter to announce the sad news in a post that read: “After 14 years, 26 series, 300 eps @CelebJuice is concluding later this year with two farewell specials.”

“Thank you so so much to everyone who watched, to the team captains, guests, crew and itv2. It was the longest most fun party! I had a wonderful time. Big love x”

Fans were quick to react. One posting: “It’s been a joy to watch! You’ve created an iconic show which I don’t think will ever be matched.”

It's been a joy to watch! You've created an iconic show which I don't think will ever be matched. Not many comedy panel shows (*on digital TV*) can secure 26 seasons, 14 yrs on air, 300+ shows and ratings reach ITV2 top spot. Plus, is Gino's family still living in Sheffield? 😊.

Another jumped in to say: “Noooooooo it’s my favourite show. It’s been a blast. I’ve laughed myself stupid lol. Thanks so much for doing it, Keith. I guess I’ll have to watch repeats.”

Noooooooo it’s my favourite show. It’s been a blast. I’ve laughed myself stupid lol. Thanks so much for doing it Keith. I guess I’ll have to watch repeats.

Celebrity Juice is a British television comedy panel game on ITV2 and has been broadcast since September 24, 2008.

The show is written and presented by Leigh Francis in the role of his alter ego Keith Lemon.

Celebrity Juice was originally based around the week’s tabloid news stories and eventually evolved to include insane games and challenges.

As one show goes another show looks set to return to our screens.

It has been suggested by industry sources that Simon Cowell’s X-Factor could return to our TV screens next year.

It has been suggested that music mogul Simon Cowell has plans in the pipeline to revive the X-Factor. It could even make a return to television screens as early as 2023 according to The Sun.

After alleged recent secret discussions with a production company, industry sources have claimed that 62-year-old Cowell may have secured a ‘big-money deal’, and is keen to bring the talent show back. It last aired in 2018 after running for 15 seasons from its inception back in 2004.

“It has been decided that the time is right to bring The X Factor back. It’s really exciting. Everyone who will be working on the new series can’t wait to get started”, an insider allegedly told the Daily Star. There was no mention of which channel the show might be broadcast on, having always been aired on ITV previously.

Another source claimed: “Things are in the early stages at the moment. But the wheels are definitely in motion. It is hoped that production will begin at the end of the year”.

“Globally, it is still a phenomenon and rakes in millions every year. But in the UK, there is no question it has become slightly stale”, an X-Factor insider said of the show. They continued: “Simon remains at the top of his game and knows how to make a hit. He owns the rights to the show, and it’s his call – not ITV’s – whether or not he drops it”.

“Clearly the last thing he wants is for X-Factor to fizzle out with a whimper and become a bit of a joke, especially in contrast to the show in its pomp”, the source added.

Many now-established stars found chart success as a result of appearing on Simon’s hit show. One Direction and Little Mix are worldwide superstars after X-Factor, as are Leona Lewis and Alexandra Burke. Olly Murs, JLS, James Arthur, Stacey Solomon, Rylan Clark, Cher Lloyd, and many more, all have Simon Cowell’s show to thank.

With the X-Factor shelved, Simon concentrated his talents on his latest offering, Walk The Line, which was a huge success, as well as continuing with the smash that is Britain’s Got Talent.

The X-factor source added: “It is still on the back-burner, and there’s the option to return it in 2023, with auditions next summer, but a lot will ride on his new format Walk The Line”.