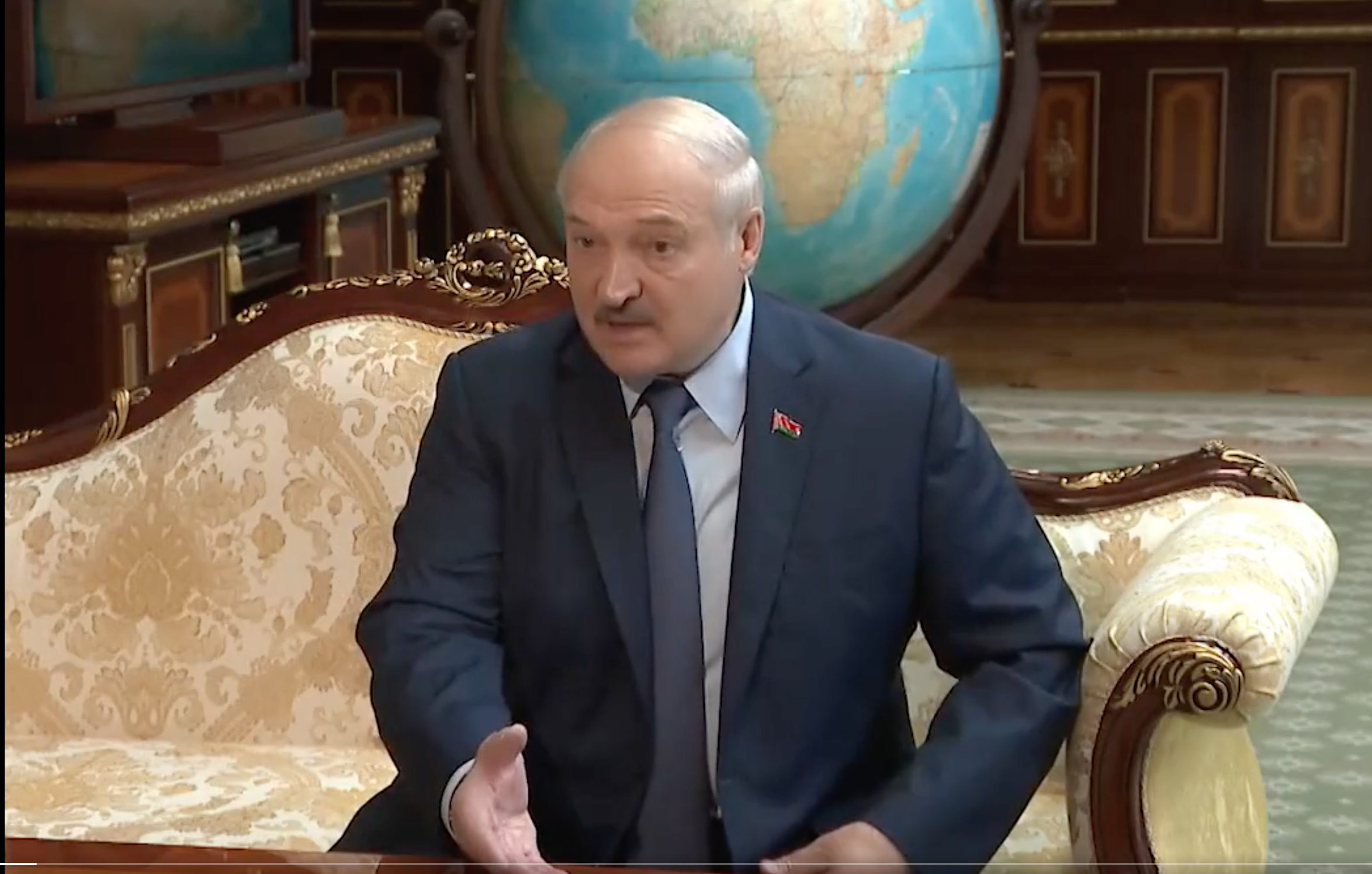 President of Belarus calls on Russia to be ready to use nuclear weapons Credit: Twitter @Flash43191300

The President of Belarus, Alexander Lukashenko, called on Russia to be ready to use nuclear weapons, in a meeting with Russian Foreign Minister Sergey Lavrov, on Thursday June 30.

During the meeting with the Russian Foreign Minister, the President of Belarus called on Russia to be prepared to use nuclear weapons, following the West’s nuclear training stating:

“There has been no staging there. In regards to nuclear weapons and other things. We’ve still only made half a step. I mean, they’re flying, they’re training. Why are they training, why are they carrying nuclear pellets?”

“So as to put a nuclear bomb on a plane tomorrow and drop it where it has to go. That’s why we haven’t given a mirror response yet,” stated Lukashenko, as quoted by the presidential press service.

“And for many, many years, they fly and let pilots from non-nuclear countries fly planes that are designed for nuclear weapons.”

According to Lavrov, this violates the Treaty on the Non-Proliferation of Nuclear Weapons.

“But we haven’t done that yet. But we have to be ready,” stressed Lukashenko.

In this regard Belarus’ President recalled the events of 1941 when the “Great Patriotic War” started and added:

“We have to keep our powder dry on all fronts. And there is no need to yell that “Putin has taken over Belarus, he does whatever he wants”.

“We have a coordinated reasonable policy of the two sovereign states, for which Makei and Lavrov are responsible first of all”, he continued.

“But this does not absolve us of our responsibility. We are absolutely sensible, soberly aware of what is going on around us. And it is better to show what can be, than for it to happen. We don’t need this war,” Lukashenko concluded.

The news follows reports of Belarus receiving a new shipment of Russian missile launchers for the S-300 SAM system, allegedly including at least 16 missiles and one Pantsir SAM system on June 22.