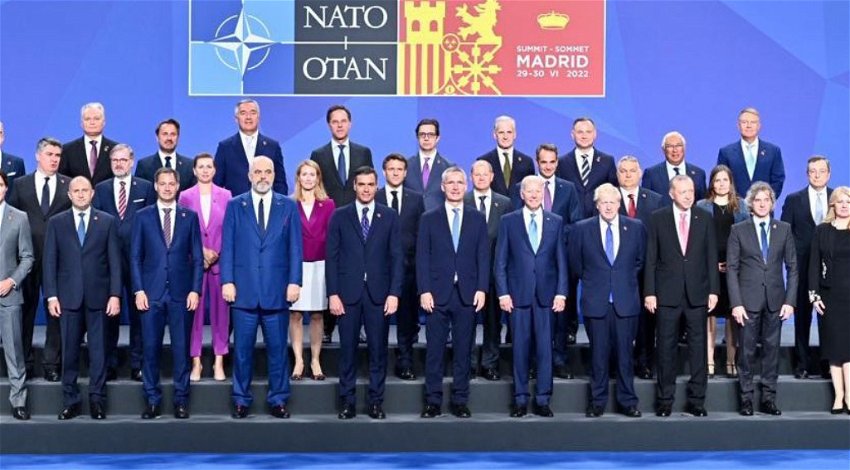 President Joe Biden caught himself in the act of an embarrassing gaffe during a press conference on Thursday, June 30.

He mistakenly said neutral Switzerland was joining NATO, rather than Sweden.

He quickly recovered, joking that he must be getting anxious about the process of expanding the alliance.

Biden delivered his remarks at the end of a NATO summit in Madrid, Spain, where the big news was Turkey dropping its objection to Sweden and Finland joining the alliance.

“We got the telephone … he suggested we call the leader of Switzerland … ” he said before realizing his mistake.

The latest gaffe comes after he was caught recycling his favourite joke when he greeted King Felipe and Queen Letizia of Spain on Tuesday 28 June.

Biden used the same tried and tested line on Boris Johnson and his wife Carrie at the G7 Sumit last summer.

When Joe Biden and his wife Jill were received by the King and Queen in the throne room of Madrid’s Royal Palace the president turned to King Felipe and said: “We both married way above our station”.

President Joe Biden arrived in Spain on Tuesday, June 28 for a NATO summit and joined his wife and two granddaughters who arrived on Sunday, June 26.

Jill Biden arrived ahead of the President and started off her trip with a visit to Spanish Queen Letizia and she didn’t travel to Madrid on her own.

“I brought my two granddaughters,” the first lady told the Queen when they sat down at Palacio de la Zarzuela.”

Finnegan Biden was already in Spain and met up with her grandmother. Maisy travelled with Jill Biden to Spain.