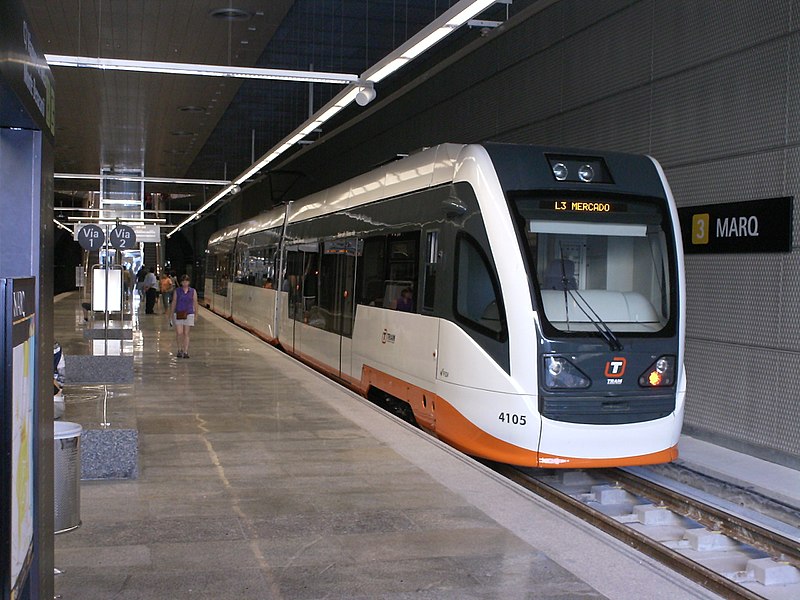 Phase 1 of the plan to connect Alicante Airport with the centre of the city with a new train line has been given the go-ahead according to the Valencia Governement President Ximo Puig.

Following the announcement on June 30, the Minister of Transport, Raquel Sánchez, today announced that phase 1 of the project to provide rail access to the Alicante-Elche airport had been approved.

Sanchez said that a tender will now be put out for the drafting of the project, which was long overdue. He added that the link would substantially improve access to the airport as well as reducing traffic volumes at peak times.

In the same announcement, Puig said that works on the La Encina-Xátiva-València section will reduce the travel time between Valencia and Alicante to one hour. He added adapting the València-Castelló section to the international gauge would significantly improve services.

Puig also said that the development of intermodal and logistics terminals in the port of Valencia had been provisionally approved.

He finished by saying that more than €700 million will be spent on adding to and improving the rail network in the autonomous region over the next couple of years.

To ensure the works are correctly executed a state investment monitoring commission is to be set up in the Valencian Community, which will review progress quarterly and ensure compliance.

Finally, it was confirmed that the Valencian Government and the central Executive are working to improve mobility, which could see the SUMA card, which allows travelling with the same ticket in Metrovalencia, the EMT, MetroBus and the Renfe Cercanías, extended to all cities in the region.

The announcement that the Alicante Airport train phase 1 has been given the go-ahead will be welcomed by the tourism and hospitality sector across the region.