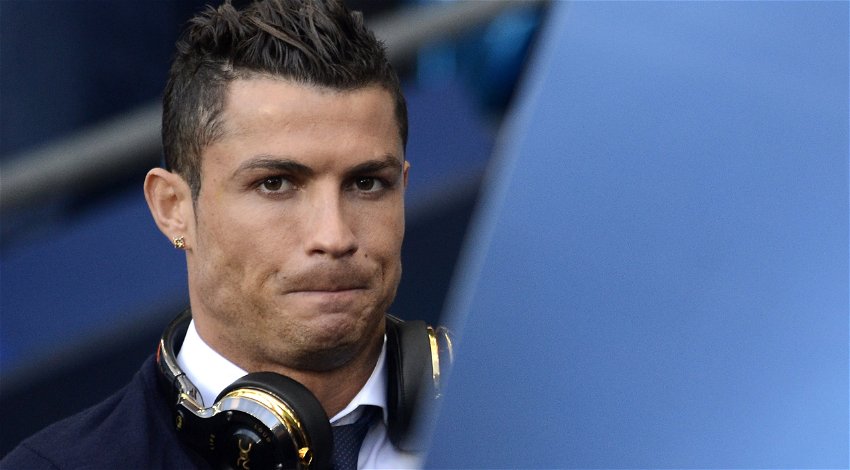 IT has been an eventful return to Spain for former Real Madrid striker Cristiano Ronaldo, as after one of his staff crashed his €2.1 million Bugatti Veyron supercar last month, some of his entourage were reportedly involved in a heated exchange at Menorca airport.

Ronaldo, who will up with new United boss Erik ten Hag, has been holidaying in the Balearic Islands since June 14.

According to Ultima Hora, a loud argument erupted in the VIP passenger control area of the Menorcan terminal, said to be between Ronaldo’s bodyguards and security control guards.

Eyewitnesses reported that one of the guards set off one of the security sensors and after the female guard on duty called for a male member of the team to assist, Ronaldo’s enforcer reacted angrily to the delay.

The paper said that the bodyguard passed through the security before the male member of staff attended to which the female officer threatened to call the airport Guardia Civil.

Apparently, the bodyguard of the former Juventus player reacted angrily and threateningly and said that “they could call whoever they wanted.”

Guardia Civil officers arrived at the scene and eventually managed to calm things down, however, the airport drama meant that the private jet left half an hour later than scheduled.

As previously mentioned, Cristiano Ronaldo’s two-seater Bugatti Veyron smashed into a house on Calle Alzina in the Urbanisation of Sa Coma at around 11 am on Monday, June 20.

The €2.1 million supercar, which packs 900 horsepower, was crashed by an employee of the Portuguese superstar into the entrance of a country house.

The employee of the 37-year-old, who is in Mallorca accompanied by his wife, Georgina Rodríguez, and their five children ahead of the new Premier League season, did not suffer any injuries following the accident, however, the front of the car was completely smashed.