Malaga has highest number of confirmed monkeypox cases in Andalucia 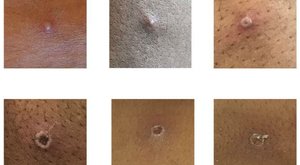 Ministry of Health data shows that Malaga province has the highest number of confirmed monkeypox infections in Andalucia.

According to the latest data from the Ministry of Health, published on Thursday, June 30, Malaga has the highest number of monkeypox cases in Andalucia. As reported today, Friday, July 1, by malagahoy.es, the total stands at 104 confirmed infections in the province. None of them has required hospitalisation though.

Malaga has the majority of these cases, while Granada has 19, Sevilla with 12, Cadiz has five, Cordoba with three, and four in Jaen. Almeria province has also confirmed its first positive infection. In the last report published on Tuesday, June 28, Malaga had 58 cases, so it has since risen by two more.

There are also 48 suspected patients under investigation in the community. Another 83 suspected infections have already been discarded by the Epidemiological Surveillance System Network of Andalusia (SVEA).

All the confirmed cases have shown only mild symptoms, with some requiring treatment, but the others have recovered from the virus without medication. Medical experts have described the virus as an ‘epidemiological curiosity, owing to the fact that no patients have needed hospitalisation.

Of all the cases of monkeypox diagnosed in Malaga, almost all are men who have had sex with other men. The pathology is not a sexually transmitted disease (STD) – since the respiratory route also spreads it – but it behaves as if it were an STD.

Andalucia is doing genomic sequencing of this virus. It not only performs diagnostic PCR but also sequences the viruses to see if they are groups or subgroups of monkeypox. The objective of this sequencing is to see if there are mutations or something unusual in the pathogen.

Until now, the sequences are normal, but active monitoring is being carried out in case any variant appears within what is monkeypox.