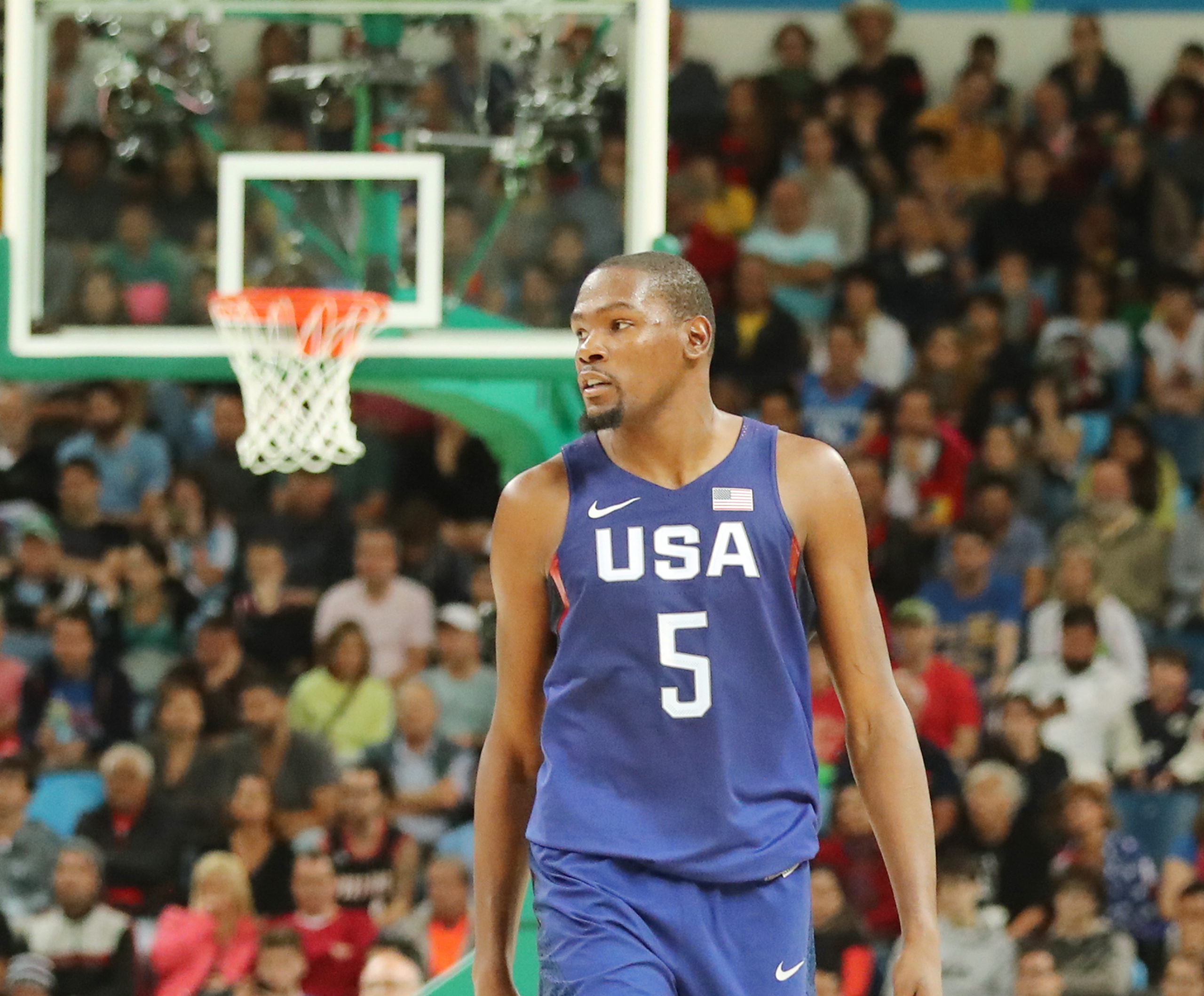 Two-time NBA Finals MVP Kevin Durant has made a shock trade request to be moved on from the Brooklyn Nets, despite recently signing a new four-year contract with the New York team.

Shockwaves were sent around the basketball world when word came out Kevin Durant was available via trade – just hours before the free agency signing period opened at 6 pm east coast time on Thursday, June 30.

According to reports by NBA insider Adrian Wojnarowski of ESPN, Durant wants to end his three-year association with the Nets and move on to pastures new in search of a third NBA championship – and Brooklyn are co-operating to facilitate a move.

The 6-foot, 10-inch forward was under contract with the Supersonics when the franchise relocated to become the Oklahoma City Thunder after his rookie season, going on to form a formidable attacking partnership with fellow all-stars Russell Westbrook and James Harden.

The trio led Oklahoma City to the NBA Finals in 2012 where they lost 4-1 against a Miami Heat side featuring LeBron James, Dwyane Wade and Chris Bosh.

Two seasons later Durant picked up the 2014 NBA MVP award, given annually to the player judged to be most valuable to his team over the course of the season throughout the entire 30-team league.

Durant and the Thunder would come agonisingly close to returning to the NBA Finals in 2016, when they lost to the Golden State Warriors in Game 7 of the Western Conference Finals, despite holding a 3-1 lead in the series.

In a move that stunned the basketball world, Durant choice to sign with Golden State after the season, signing a two-year contract worth $54.3 million contract and linking up with NBA royalty Stephen Curry and Klay Thompson.

The Warriors steamrolled the NBA Finals for the next two seasons, winning championships in both of Durant’s first two seasons with the California team, with Durant winning NBA Finals MVP in both campaigns.

Durant stayed with the Warriors for the 2018-19 season and again returned to the NBA Finals with the Warriors, this time losing to the Toronto Raptors in six games and falling short in their quest for a third-straight title.

The 2008 Rookie of the Year then once again surprised the basketball world by opting out of the $61.5 million contract extension signed in 2018, joining Brooklyn in a sign-and-trade deal after deciding to team up with fellow free agent Kyrie Irving in the Big Apple.

His first season with Brooklyn was spent on the sidelines rehabbing from a torn achilles that was picked up against the Raptors in the 2019 NBA Finals when still with the Warriors.

Durant returned to the court in 2020 and was soon joined by his former Oklahoma City teammate James Harden who arrived in a mid-season trade that sent three future first-round draft picks to the Houston Rockets. Brooklyn went to the Eastern Conference semifinals, where they fell in overtime of Game 7 against the Milwaukee Bucks with Durant scoring 48 points – an NBA Game 7 record.

Seemingly enjoying his time with the Nets, Durant signed a four-year, $198 million contract that would start in the 2022-23 season.

However, the 2021-22 season didn’t go to plan. Irving missed the majority of the season due to his refusal to receive a Covid-19 vaccine, and Harden forced the team into a trade, ultimately being sent to the Philadelphia 76ers in a deal that sent Australian Ben Simmons the other way.

Brooklyn snuck into the playoffs where they were soundly beaten 4-0 in the first round by the eventual runners-up Bolton Celtics, with Simmons ultimately not playing a single game for his new team since the trade.

Things started to unravel further for the Nets when Irving requested he be traded, despite opting into a $37 million one-year player option extension to his contract.

Now, Durant has also demanded to be sent elsewhere, leaving the Nets scrambling, just as the annual free agency period opens where players out of contract are free to sign with new clubs. All this coming weeks after his former team, Golden State, won the 2022 NBA Finals.

Durant, who hails from Washington D.C. and played one year of college basketball at Texas prior to his NBA career, is also a three-time Olympic Gold medalist, having won with USA at London 2012, Rio 2016, and Tokyo 2020.

It’s been a busy few days in the basketball world, with the untimely passing of former Sacramento and Portland star Caleb Swanigan, and the news that Charlotte Hornets forward Miles Bridges was released on bail following a domestic violence charge.

Here are some reactions from NBA players and reporters following the dramatic news of Durant’s trade request after playing in only two seasons for the Nets.

This should be every team in the league right now. Throw in some lifetime passes to Disney. Kevin Durant — still in his prime — is the player every team needs to try to get. (Via paolo5 IG) pic.twitter.com/7FsCfk9G9h

The NBA is bananas. Is there an equivalent in terms of weirdness/drama? Never stops.

Kyrie opts in and KD still wants out. Incredible. With four years left on his deal and Durant, at 34, still playing at an MVP level, Brooklyn could — and should — get back one of the largest trade packages in NBA history.