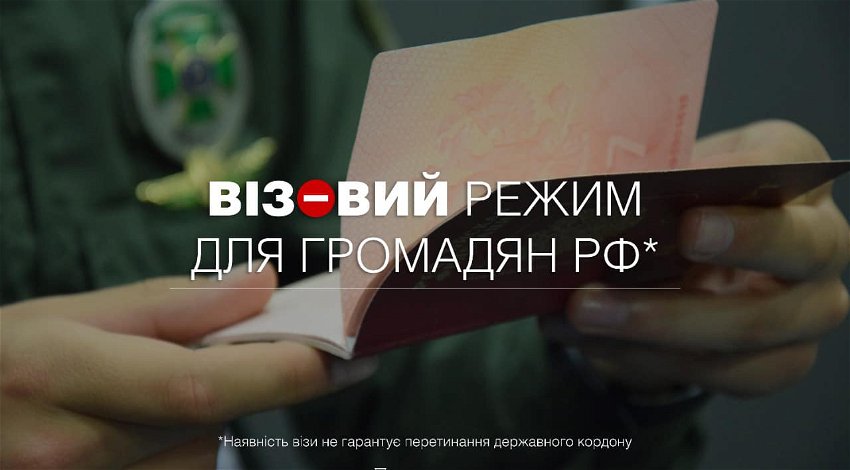 The government of Ukraine’s decision to stop visa-free travel for Russian citizens has come into force on Friday July 1.

The abolishment of visa-free travel to Ukraine for Russian citizens was announced by the Head of the State Border Service, Serhiy Deyneko, on his official Facebook page.

“Visa-free travel is a privilege for citizens of developed democracies who do not kill civilians and do not infringe on the sovereignty of other states. And Russia is clearly not on that list.”

“The Neo-empire has started a crooked war, occupying Ukrainian territories, destroying the infrastructure of our cities, looting and killing our people!”

“The Russians, who are committing all these crimes against our country, have done everything so that the civilized world perceives them as aggressors.”

“And we will not be beating the aggressors only on the battlefield. The visa regime will also allow us to strengthen the security of our state. Now every Russian will have to decide on the purpose of his or her trip to Ukraine at a later date. ”

He also noted that now every Russian citizen will have to justify the purpose of his trip to Ukraine in advance.

According to Deyneko, even if a Russian citizen receives a visa, this does not guarantee unhindered entry into Ukraine:

“After all, visa holders must meet other conditions for crossing the Ukrainian border. And border guards will definitely check them. And if there are reasonable grounds, the visa will be cancelled on the spot!” he concluded.

The news of the abolishment of visa-free travel for Russian citizens comes just a day after the Russian Defence Ministry announced Russia’s military withdrawal from Snake Island in the Black Sea, as it has completed its combat missions, as reported on Thursday June 30.