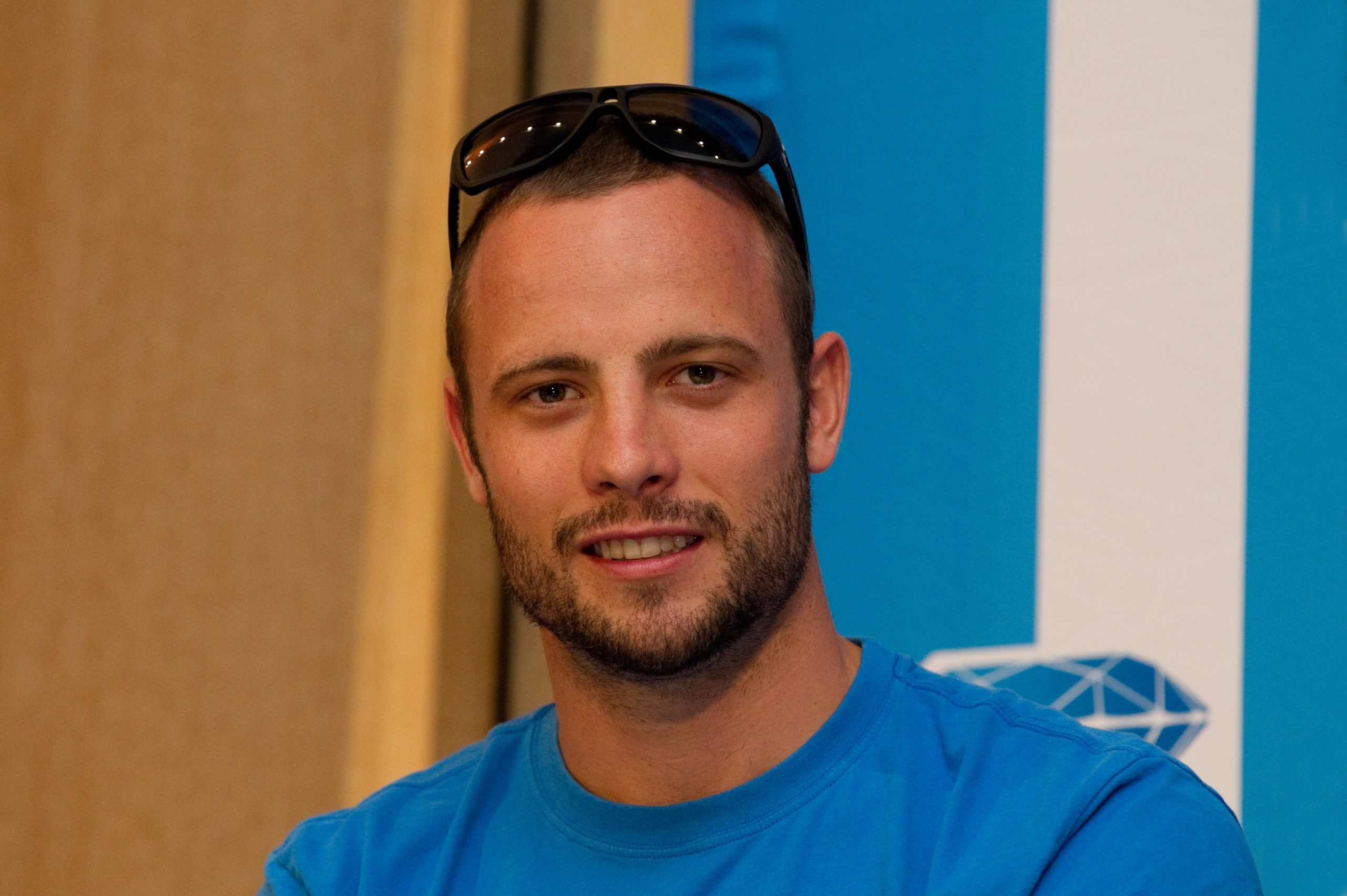 Could the disgraced former Paralympian sportsman Oscar Pistorius be released by the parole board soon, that is the question on everyone’s lips after he met with Reeva Steenkamp’s parents.

Pistorius who was convicted of Steenkamp’s murder and sentenced to jail in 2015 had been unable to apply for parole although he had served sufficient time to be eligible. But after it became clear on July 1 that he had met the Steenkamp’s in June, authorities said that he had now met all the requirements to meet with the parole board.

In South Africa, offenders are required to serve at least half their sentence, which Pistorius has. But in his case and in those of murderers and others guilty of committing serious crimes against others, they are required to either meet with the family of the deceased or the person who they harmed before becoming eligible for parole.

The Department of Correctional Services confirmed that he had met the final condition for parole in a statement on Friday that said: “It was in November 2021 when we issued a statement on the need for Pistorius to be at St Albans Correctional Centre in the Eastern Cape, as the victims were based in Gqeberha.

“We can now confirm that the VOD process has been fulfilled.

“There is a need to emphasise that inmates are required to partake in the VOD as part of their rehabilitation path wherein they are able to acknowledge the harm they have caused to their victims and the society at large.”

JUST IN: Department of Correctional Services confirms that convicted killer #OscarPistorius has met with the parents of Reeva Steenkamp as part of a Victim Offender dialogue process.
There is no word on when his parole hearing will be.

It is understood that the Department of Correctional Services had moved Pistorius to a local prison to enable him to meet with the Steenkamp’s in their home town of Gqeberha, formerly Port Elizabeth. This after previous requests for parole had been denied as he had yet to fulfil this requirement.

Pistorius who has been transferred back to the Atteridgeville Correctional facility in Tshwane does not automatically qualify for parole with the department saying that meeting the family: “does not equate to an end of sentence nor parole.”

Pistorius was convicted of killing Reeva Steenkamp in a case that attracted worldwide attention. Not only did the case attract attention because of his fame but also because of the failure of the first judge to find him guilty despite the evidence, which resulted in a forced retrial after a massive public outcry locally.

Steenkamp was shot through the bathroom door of their shared home. Pistorius claimed in his defence that he had heard noises in the bathroom and suspecting robbers had called out, but after receiving no reply he fired several shots through the door, instantly killing Steenkamp.

Pistorius who had achieved fame as a double amputee was on a downward slide after having failed to win gold at the London Olympics. Pistorius took silver accusing the organisers of having allowed gold medal winner Oliveira to use illegal blades.

With both legs amputated below the knee at 11 months due to a congenital disease, Pistorius had carved out a wonderful career for himself winning fame globally for his performances as a Paralympian. Always determined to win, Pistorius also famously took part in a number of races against non-disabled sports people with mixed results.

Although the department has said that Pistorius does not automatically qualify for parole, the expectation is that his lawyers will lodge a parole board hearing as soon as possible. He is understood to have been a model prisoner who has now met all the conditions for parole including meeting Reeva Steenkamp’s parents.