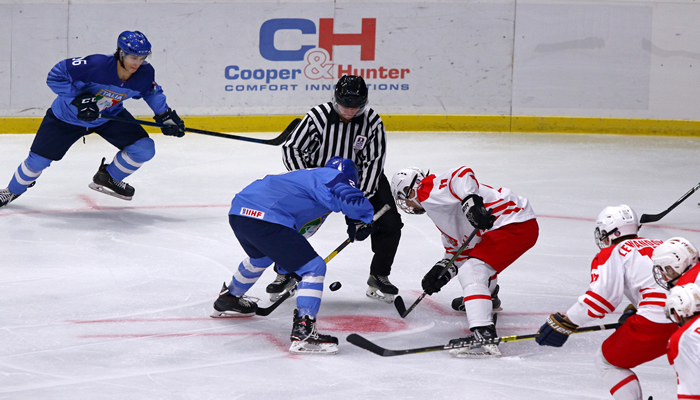 Image of an ice hockey match in Kyiv, Ukraine, on December 12, 2019. Credit: katatonia82/Shutterstock

Ivan Fedotov, a 25-year-old star of the Russian ice hockey team was reportedly snatched from a street in St Petersburg by undercover police officers on Friday, July 1. The international goalkeeper had allegedly been accused of ‘draft dodging’ according to a report from The Sun today, Saturday, July 2.

Finnish-born Fedotov was formerly playing for CSKA which is recognised as having close links to the Russian military. He is currently the national team’s goalkeeper. Sources in Russia have claimed that playing for such a team would automatically class him as being ‘in the military’.

He had lined up a move to NHL team, the Philadelphia Flyers in America, and his detention is seen by many as revenge by Putin for negotiating this big-money move to America.

Video footage obtained by The Sun shows a man being detained at an ice arena in Putin’s home city by what are presumably plainclothes officers, along with uniformed police. Immediately after being picked up in St Petersburg, the 6ft 7 inches tall Fedotov was reportedly driven directly to a military recruitment facility.

After being kept inside the building for a lengthy period of time, the hockey player was reportedly driven away in an ambulance and taken to a hospital. A woman seen in the video attempting to get into the ambulance with him is thought to have been his mother. His whereabouts are reportedly not known after his arrival at the hospital.

The Sun reported the Fontanka news outlet in Russia saying that if he refuses to enlist, Fedotov could even be jailed. This could be the case if Putin wants to make an example out of him for deliberately avoiding joining the military draft that all males under the age of 28 are liable for.

“There are sufficient grounds to consider Fedotov an army evader”, they cited a source telling them from the military prosecutor’s office. “Nothing prevents even tomorrow sending hockey player Fedotov to the army”, the source allegedly told Fontanka.

According to The Sun, Dmitry Navosha, the reputed Russian journalist wrote of the incident: “He has just been detained ‘for evading the army’. He did not realise that the USSR is back”.