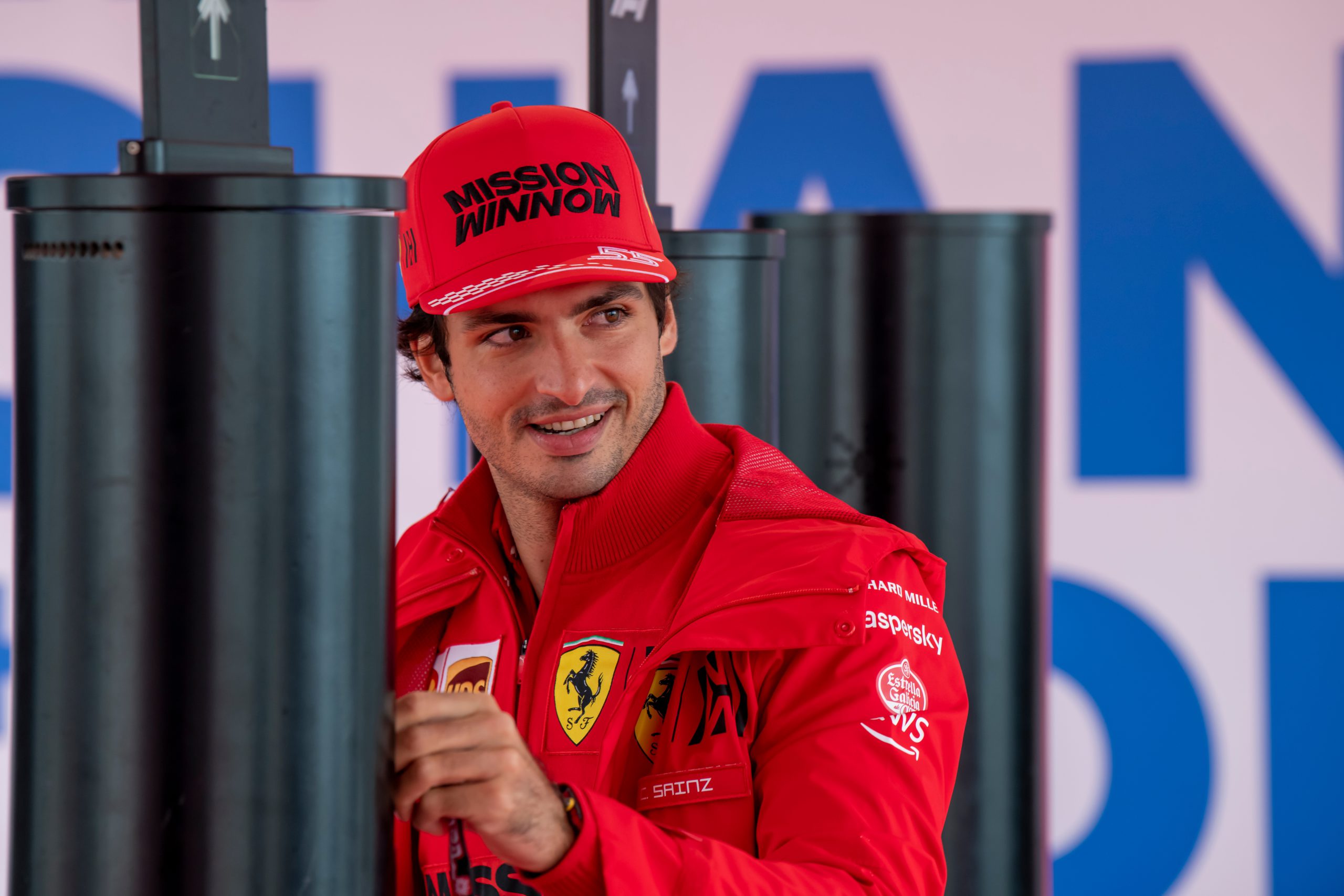 Carlos Sainz becomes the 104th driver to take a pole position in the history of the FIA Formula One World Championship, doing it in his 150th grand prix weekend.

“I put together a lap that i didn’t think was nothing special… but it was pole position,” Sainz said.

The Spanish driver said he is confident he can convert his maiden pole into his first F1 win.

“The pace has been there all weekend,” Sainz said.

Rain fell on the track shortly before the start of qualifying, with Valttreri Bottas spinning on the wet surface before continuing with the session.

The weather eased off later in the first round of qualifying, before increasing in intensity during the second phase of qualifying, and stopping before Q3 with drivers sloshing through puddles in the final session.

Actor Keanu Reeves and chef Gordon Ramsay were amongst the fans taking in the F1 British Grand Prix qualifying session at the Silverstone circuit.

Four-time world champion Sebastian Vettel of Aston Martin was one of the first drivers to be eliminated after setting one of the five slowest times in the first qualifying session.

“Not again, not again,” Vettel said on team radio.

“Why are we always doing cool down laps? I don’t understand,” Albon said on his team radio after being told he was out. “We have no grip.”

Albon’s teammate Nicholas Latifi took advantage of the intermittent weather to finish 10th in the second qualifying session, making it into the pole position shootout.

“Good job everybody,” Latifi said to his team after reaching Q3 for the first time in his F1 career. “Let’s keep going.”

Bottas was eliminated in Q2, along with the two AlphaTauri cars of Pierre Gasly and Yuki Tsunoda, Alpine’s Esteban Ocon and McLaren’s Daniel Ricciardo.

Mexico’s Checo Perez of Red Bull will start the race from fourth, ahead of British drivers Lewis Hamltion and Lando Norris in fifth and sixth. Two-time world champion Fernando Alonso will start from seventh, ahead of Briton George Russell, Chinese driver Zhou Guanyu, and Latifi.

The Silverstone track sits between the UK counties of Northamptonshire and Buckinghamshire, approximately 26 km, or 16 miles, northwest of Milton Keynes.

Reigning world champion Verstappen won the last race in the 2022 FIA World Championship with his win at the Circuit Gilles Villeneuve in Montreal, Canada on Sunday, June 19.

The 2022 Formula One British Grand Prix begins at 4 pm CET on Sunday, July 3.