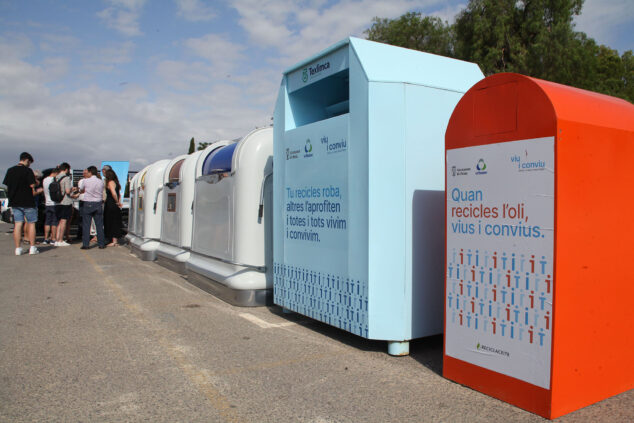 Denia has signed a new contract with Urbaser to keep the city clean 24 hours a day for the next decade.

On July 4 Urbaser and Denia presented the new cleaning equipment to be used in the city as from the beginning of the month, in a contract worth at least €70 million.

Mayor Vicent Grimalt who was on hand to present the equipment said that the contract was different to the usual ones in that attention would not only be given to those who clean but also those who dirty.

Other changes that have been included in the contract are new bins with a greater capacity specifically allowing for restaurant waste as the number of tourists visiting the city grows. An information office will also be set up with advisers on hand to educate residents.

Staffing will also increase from 70 to 100, with that number rising during peak holiday seasons. But perhaps most interesting is the new fleet of vehicles that will be used in Denia, which will either be gas or electric powered.

A door-to-door collection service will also begin in those areas with insufficient bins following the example of towns like Oliva, who run a nightly collection in the narrow streets of the old town. The areas to get the new service are Les Roques, Baix la Mar, La Xara and Jesús Pobre.

A spokesperson for Urbaser reminded people to adhere to the rubbish schedules saying that bags put out too late at night cannot be collected, meaning that they interfere with the next day’s sweeping service. The mayor added her vice saying there is no excuse, by now everyone knows the time by which they have to put their bags out.

The agreement between Urbaser and Denia has been an effective one with the city’s streets amongst the cleanest in the region, with the new clean Denia 24-hours service going a long way to making it the cleanest.