Labour leader: I won’t take UK back into European Union 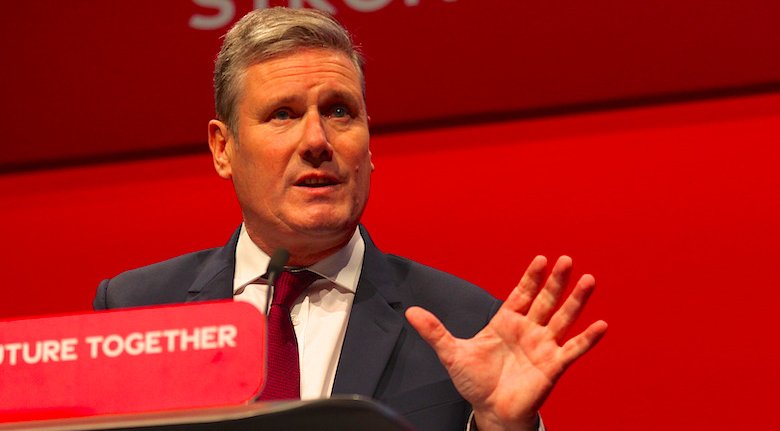 Labour leader Keir Starmer has said he won’t lead the UK back into the European Union should he become Prime Minister.

In an interview the Labour leader gave to Sky News on Monday, July 4, Keir Starmer said that the European Union is a part of the UK’s past not its future.

“We’re not going back to the EU, to the single market, to the customs union or freedom of movement,” he said.

“We are going forwards not backwards, not reopening those divisions.

“I don’t think reopening all the old wounds and going backwards is going to help us on that mission to drive the economy.”

Starmer was speaking prior to announcing a five-point Brexit plan that he would implement if Labour were to win the next UK General Election.

The Labour leader said that  his plan would “remove some of the barriers” to trading with the EU that are currently “holding us back.”

Starmer described the UK’s current Brexit agreement as “not a good deal,” adding that it was causing issues in Northern Ireland and that it wasn’t strong enough on security and services.

The leader of the opposition in the UK said that he had no regrets over no campaigning for a second Brexit referendum, which was part of his party’s platform for the last General Election.

Labour were unsuccessful in their bid topple Prime Minister Boris Johnson as the Conservative party won with a 43.6 percent share of the vote on December 12, 2019 to hold an 80-seat majority.

“We made our policy in the circumstances that were then the live circumstances,” Starmer said. “But we’ve left the EU now and the government has said we need to get Brexit done, but it hasn’t really got a plan to do that.”

“I want to make Brexit work.”