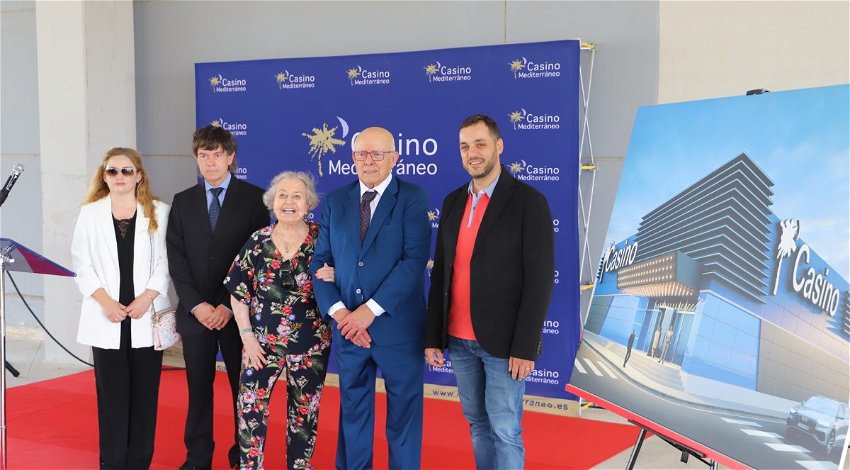 The first casino to be opened in the Marina Alta will provide 75 new jobs after it opens in the Ondara commercial park in a few months’ time.

Ramiro said in his speech: “It is a source of pride that companies come and identify Ondara as a commercial reference,” adding that the investment will enrich Ondara by adding “a unique space in tourism and services.”

Although the laying of the first stone only occurred now, the building is nearing completion having been delayed by the pandemic amongst other things.

Barajas said that the initial 75 to be employed in the Ondara facility will undergo training that will last at least three months before the facility formally opens. He added that it is important that gambling staff are properly trained in the ways of Acrismatic.

The facility will be more than a casino according to Barajas with restaurant services included and a “cultural meeting point” that will be available for local artists to display their works.

Acrismatic he said, wants the facility to become a focal point of the local community, one that is based around a quality offer that sets the standard for others in the Marina Alta.

A time capsule was included with the laying of the first stone, containing playing cards, chips, a diary and an agreement signed by Jesús Álamo, María Victoria Critescu and the mayor of Ondara.

Casino Mediterráneo who will run the casino is a member of the Acrismatic Group, which was established in 1960 and has become a benchmark for gaming services in the Valencian Community. The group not only operates casinos but also online gambling and game rooms.

The news that the casino will bring 75 new jobs to Ondara has been welcomed, however, not everyone is happy that it will bring more people to the town but not necessarily provide any added benefit for the businesses that are already based there.