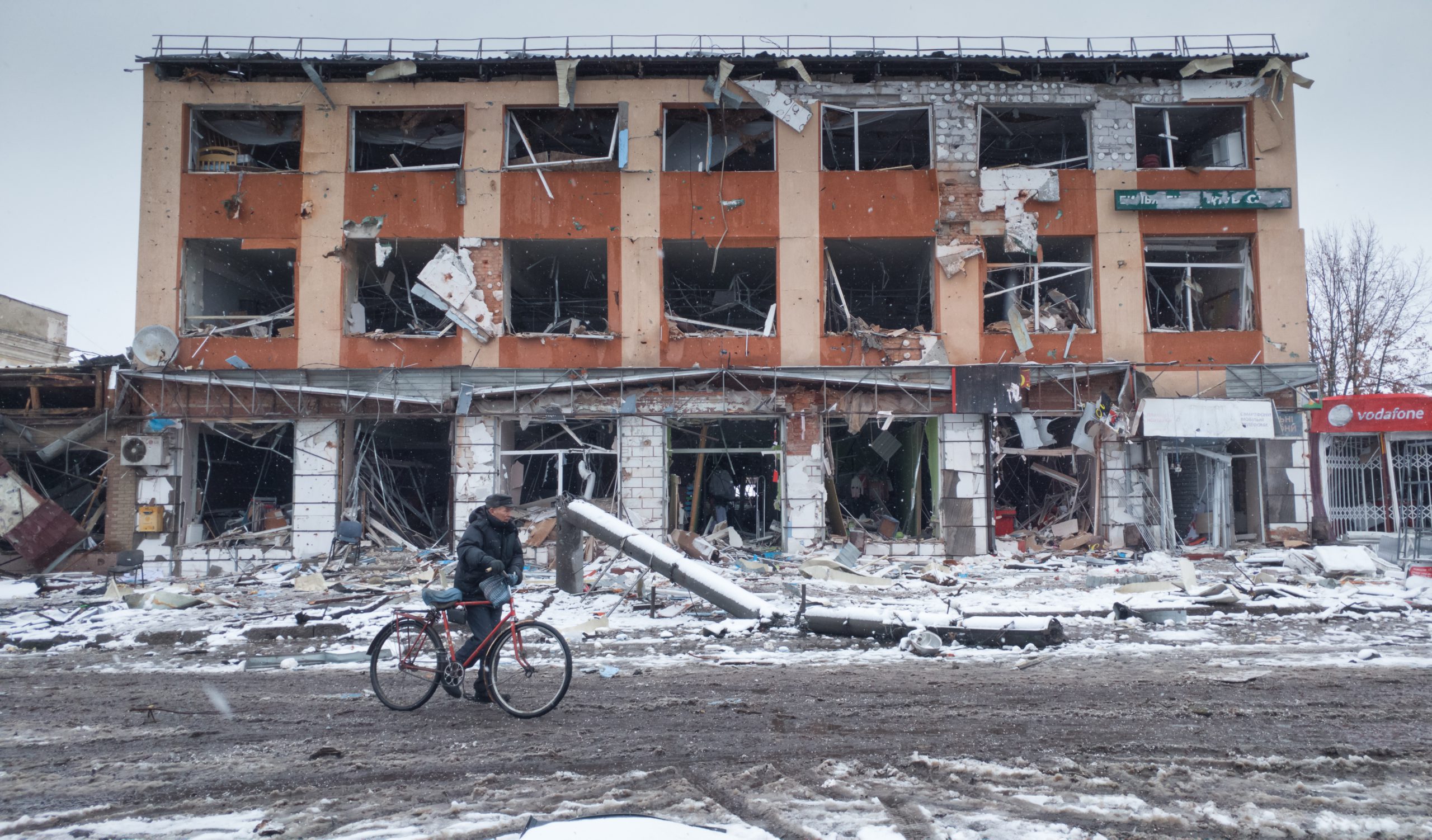 'We are going to fight to the end,' Ukraine soldiers detail the 'hell on earth' reality of war. Image: Rizvanov Ruslan/Shutterstock.com

Ukrainian soldiers fighting on the frontlines of the Russian invasion of Ukraine vow they will “fight to the end” to protect their country.

Several soldiers have given a stern message of strength while describing their experiences of fighting against invading Russian forces since Vladimir Putin sent troops into Ukraine on February 24.

One soldier, who only gave her first name out of fear for targeted attacks on her husband who is still fighting on the front lines, vowed that her comrades will “fight to the end” to protect Ukraine.

“We are the descendants of Cossacks,” said the 41-year-old. “We are free and brave. It is in our blood. We are going to fight to the end.”

In a series of interviews with The Associated Press, one soldier who left their teaching job to head to the frontlines said he “never imagined” he would need to pick up arms and fight for Ukraine.

The Sloviansk native described his harrowing experiences and detailed the emotional impact that has came with the Russian invasion.

“There is joy, there is sorrow. Everything is intertwined,” he said.

“It’s hard to live under constant stress, sleep-deprived and malnourished. To see all those horrors with your own eyes – the dead, the torn-off limbs. It is unlikely that someone’s psyche can withstand that,” he said.

Despite the horrors and mental strains that come with war, the former teacher echoed the message that he and his fellow soldiers are ready for whatever Russia throws at them and will continue to fight for Ukraine.

“We are ready to endure and fight with clenched teeth,” he said. “No matter how hard and difficult it is. Who will defend my home and my family, if it is not me?”

Lt. Volodymyr Nazarenko, who is second-in-command of the Ukrainian National Guard’s Svoboda Battalion, had fought in Sievierodonetsk before being ordered to retreat by high-ranking military officials.

Nazarenko said the city that once had a population of over 100,000 had new turned into “a burnt-down desert.”

“They shelled us every day, he said. “I do not want to lie about it. But these were barrages of ammunition at every building. The city was methodically levelled out.”

The Lieutenant said that despite the eventual outcome of the battle, he considers the month-long struggle for Sievierdonetsk as “a victory.”

Speaking from Bakhmut, the town 64 km (40 miles) southwest of Sievierdonetsk where and his troops sought refuse from the frontlines, the 30-year-old said that Ukrainian forces were able to slow down the Russian advance while limiting casualties in the region.

“Their army incurred huge losses,” he said of the Russian forces. “Their attack potential was obliterated.”

One of the solider’s under Nazarenko’s command described the disturbing reality of life on the frontlines.

“If there was a hell on earth somewhere, it was in Sievierodonetsk,” said Artem Ruban. “The inner strength of our boys allowed them to hold the city until the last moment.”

“Those were not human conditions they had to fight in,” Ruban said. “It is difficult to explain this to you here, what they feel like now or what it was like there. They were fighting until the end there. The task was to destroy the enemy, no matter what.”

On Monday, July 4, news broke that a Russian ammunition depot in Yakovlikva, Kharkiv region, Ukraine is on fire.

Earlier in the day, Ukraine’s Ministry of Defence published updated figures of combat losses inflicted on Russian forces since the beginning of the war, show that 1577 Russian tanks have been destroyed by Ukrainian forces.