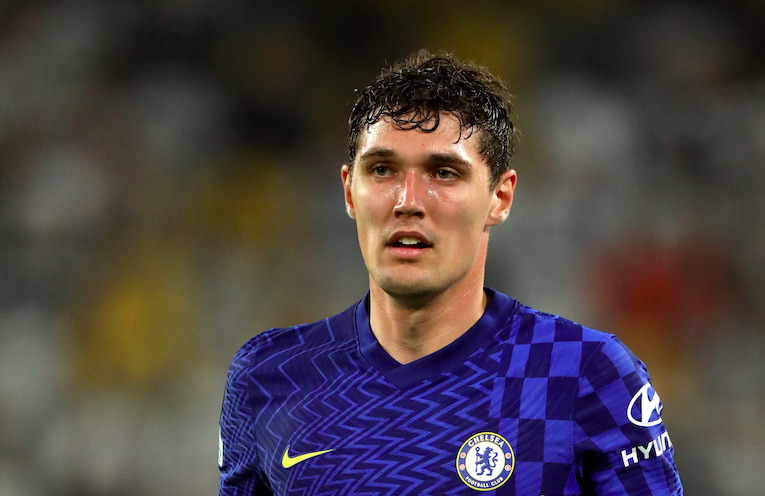 Andreas Christensen has joined FC Barcelona on a four-year deal for no transfer fee after his contract with Chelsea expired, the club announced on Monday, July 4.

The Denmark international defensive specialist spent his youth career with Brøndby IF in his native country before moving to London to sign with Chelsea in 2012.

Christensen went straight into Chelsea’s youth academy and impressed enough to be named among the substitutes for Chelsea’s final game of the 2012-13 Premier League season, which was also the last match as manager for Spain’s Rafa Benitez.

Jose Mourinho gave Christensen his debut the following season against Shrewsbury in the English League Cup with the Dane playing all 90 minutes in a 2-1 victory. He played one further cup game that season but made no other first-team appearances.

Despite this, when Chelsea won the English League Cup later that season and was asked post-match who his Man of the Match was, the former Real Madrid manager named Christensen.

“Man of the match was Andreas Christensen who played well against Shrewsbury,” Mourinho said. “There are more than John Terry [then Chelsea captain and official Man of the Match], because we are a team. I am proud of the guys.”

Christensen spent two years on loan with Germany’s Borussia Mönchengladbach from 2015 to 2017, making 82 appearances in all competitions and scoring seven goals.

Upon his return to Chelsea Christensen became a first-team regular and went on to help the London side win the UEFA Champions League, UEFA Europa League, UEFA Super Cup and FIFA World Club Cup.

In total, Christensen appeared in 161 games for Chelsea, scoring two goals, while also helping the club to the 2019 English League Cup Final and the 2020 English FA Cup Final.

Barça set the 26-year-old’s release clause at €500 million euros as Christensen becomes the second FC Barcelona signing of the summer following the arrival of Franck Kessié from AC Milan on a free transfer earlier in the day on Monday, July 4.

FC Barcelona finished second in La Liga in the 2021/22 season behind rivals Real Madrid and lost to Eintracht Frankfurt in the UEFA Europa League quarterfinals.

Christensen, who has 62 international caps with Denmark and helped them to the semifinals of Euro 2020, will be introduced to FC Barcelona supporters and the media in a presentation ceremony on Thursday, July 7.