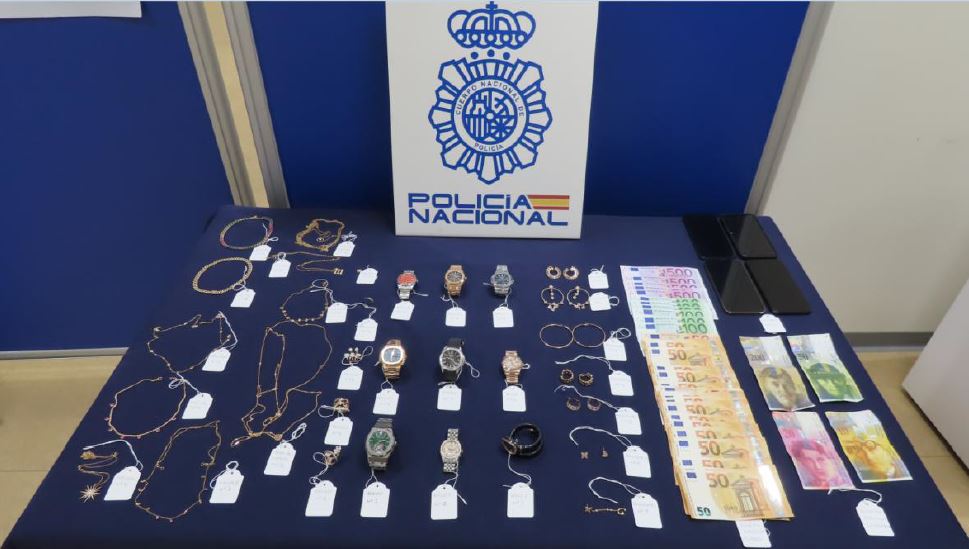 Spain’s National Police have busted a gang  specialising in the burglary of luxury villas after stealing from a well-known footballer’s house, as reported on Tuesday, July 5.

Footage of the police bust of the gang following the house burglary of a well-known footballer was shared on Twitter by Spain’s National Police:

“🚩Travelling group specialising in luxury villa robberies busted after burglary of well-known footballer’s home➡7 arrested ➡3 searches in #Malaga and #Ibiza, where effects from 15 other luxury home robberies in #Alicante, #Malaga and #Murcia have been found.”

According to the police report, seven people have been arrested for belonging to a criminal network of Albanian origin, who had allegedly just committed a robbery in a villa in Ibiza in which they seized luxury watches and jewellery worth around three million euros.

At the time of the arrest of two of the members of the organisation, the stolen goods were found in the house in hidden compartments of the vehicle in which they were travelling.

The investigation began at the end of 2021, when several robberies were detected inside luxury villas inhabited on the Costa del Sol, Murcia and Ibiza during dates such as New Year’s Eve and New Year’s Day.

The first investigations by police led them to find out that the criminal network was based in Albania from where they travelled to Spain for the time necessary to commit the assaults on the selected homes.

The organisation reportedly chose the homes of big businessmen or famous people to commit the robberies and they had documents with the selected homes in exclusive areas throughout the country.

Prior to committing the burglaries, they visited the villas in order to detect the security measures in place in the houses, as well as the conditions of access to the place.

During the burglaries, which usually began by scaling the perimeter walls of the houses, they used disguises to hide themselves and sophisticated transmission equipment to communicate between the participants in the criminal actions.

After learning on June 28 that members of the criminal network could be travelling by ferry from the island of Ibiza to the town of Denia in Malaga, a surveillance operation was set up in the port and during which, police discovered that a robbery had just been committed in a luxury villa belonging to a well-known footballer in which jewellery and watches worth around three million euros had been stolen.

The news of the police bust of the criminal gang following the burglar of the home of a well-known footballer comes after Spain’s National Police providing advice on how to prevent home burglaries in the run-up to the summer holidays, as reported on July 1.