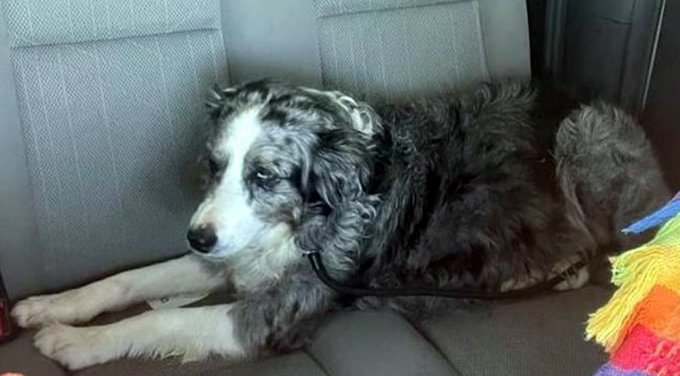 Jolie the dog survived a 200km swim from Ibiza to the coast of Murcia after falling out of a boat near the Balearic island.

A dog who fell out of a boat that was travelling towards the Balearic island of Ibiza had been given up for dead by its owners after they lost sight of Jolie in the rough waters. If miracles really do exist then this is one, because a day later, the pooch was found washed up around 200km away, alive, on a beach in the Region of Murcia.

Bathers on the Cope beach in the Murcian municipality of Aguilas discovered Jolie, a bit the worse for wear after his traumatic experience. They immediately contacted the Local Police who transferred the bedraggled animal back to their station, as reported by diariodeibiza.es, on Friday, July 1.

Jolie was then deposited at a local animal shelter while the police attempted to find his owners. Thanks to the chip he was carrying, the dog was soon identified, along with his owners.

While the officers were searching for Jolie’s owners, they received a call from a woman in Cadiz province. She was contacting them to report the loss of a dog belonging to an American friend’s daughter.

After verifying that they were the owners of the dog, the emotional reunion took place. The couple had already given up their dog as lost at sea, so they were excited to get him back. In a video uploaded onto social media by the officers from Aguilas Local Police, you can appreciate the joy of the moment. “We have him back,” the owner is heard saying.

It is unbelievable when you think the canine spent all that time in a rough sea and had to swim to stay alive. The exact point where Jolie fell into the stormy sea is unknown, but from Ibiza to Aguilas is about 200km. If there is ever a doggy Olympics then place your money on Jolie in the swimming event.

Watch the video courtesy of the Local Police in Aguilas, Region of Murcia. Find them on Instagram.