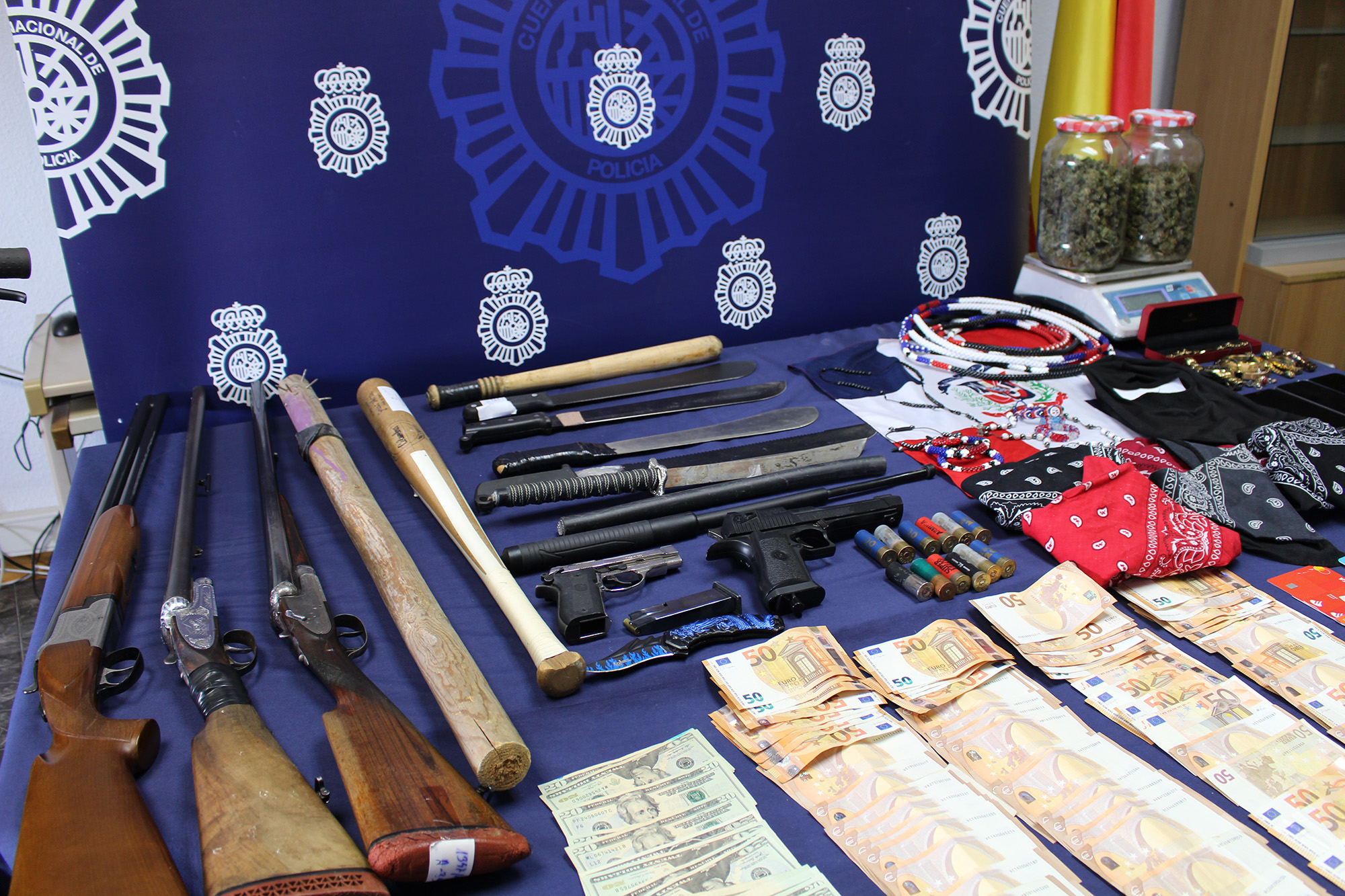 The operation, deployed in several Spanish provinces, involved more than 150 police officers, who were able to discover that part of the criminal organisation carried out bank scams throughout the country, with which they obtained almost half a million euros.

So far, a total of 59 victims have been detected throughout Spain and it is estimated that the money defrauded exceeds €500,000.

In the operation, 19 simultaneous entries and searches were carried out in which two pistols, three shotguns, five machetes, ammunition, narcotic substances, bank cards, cash, as well as elements and literature related to the rules and structure of the DDP’s were seized.

The investigators were also able to prove that the members of the Dominican Don’t Play used children to carry out various criminal activities under the promise of belonging to or progressing in the gang.

They were given instructions to carry out property occupations, drug purchases, robberies and even murders.

Two members of the DDP allegedly ordered the attempted murder of a former member of the Trinitarios, a gang with whom they had a pending vendetta since 2009.

The incident occurred on June 5, when two young men entered a cider bar in Madrid and shot a waiter who belonged to the Trinitarians.

Those arrested are allegedly responsible for the crimes of belonging to a criminal organisation, bank fraud, trafficking in human beings for the purpose of committing crimes, drug trafficking, illegal possession of weapons, attempted murder, extortion and identity theft.

Formed in Manhattan, New York, in 1990, Dominicans Don’t Play is a Dominican-American street gang known for primarily using machetes and knives as weapons.

The news follows reports of Spain’s National Police busting a gang  specialising in the burglary of luxury villas after stealing from a well-known footballer’s house, as reported on Tuesday, July 5.