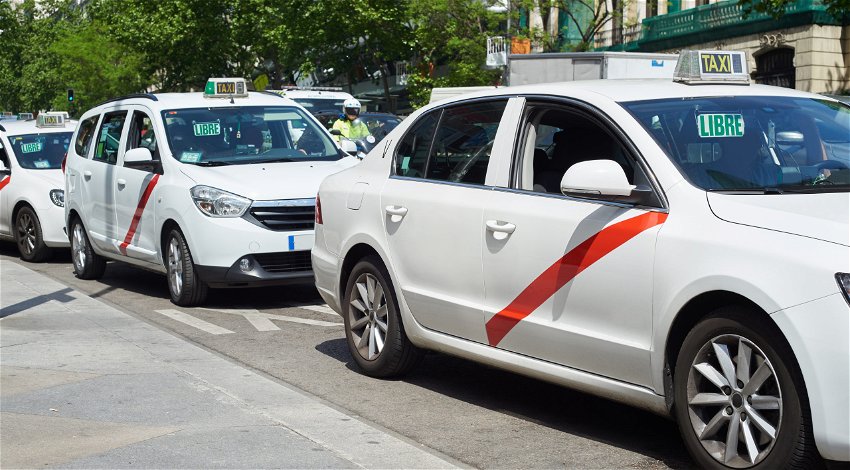 The high cost of petrol and diesel drowns out Benidorm taxi drivers’ profits despite starting the summer with the most expensive rates.

The 1.5 per cent increase in the price of the taxi service which is authorised by the government falls short of compensating for the rise in fuel prices according to La Informacion.

The sector trusts that the increase in tourists will help to offset the losses and says it will ask to raise prices again.

This comes in the midst of increasing fuel prices in Spain and of course, all over Europe.

It does look, though, like a fuel price war is about to erupt between the major oil companies.

As reported last Friday, July 1, by epe.es, the Spanish Government has extended the 20 cents discount on a litre of fuel until the end of the year. With the prices of petrol and diesel reaching historical highs, the fuel suppliers are looking for ways to attract motorists to their pumps.

Repsol has already made the opening move by announcing that it is extending the discount on offer at its 3,300 petrol stations nationwide until the end of the summer. Drivers can subsequently take advantage of discounts up to 25 or 30 cents. The company is offering an extra five cents per litre discount on top of the government’s 20 cents.

Motorists who sign up for Repsol’s ‘Corporate Waylet’ payment scheme can a further 10 cents off. That raises the total discount to a possible 25 or 30 cents per litre.

Cepsa has gone even further and last Friday, July 1, decided to extend the added discounts not only during the summer, but until the end of the year. Spain’s second-largest oil company offers up to 25 or 30 cents depending on whether a consumer is signed up to their loyalty scheme.

BP currently offers motorists five cents discount through its loyalty scheme and another five for refuelling with more than 40 litres of specific fuels. An announcement is expected from the company, maybe even today, Monday, July 4, where they will also extend their scheme.

The government’s 20 cents discount has already been diluted by the ever-increasing prices. A spokesperson for Repsol said: “These discounts are being applied at the expense of the company’s commercial margins, and have reduced the result of Repsol’s service station business in Spain to practically zero”.

A study has been carried out recently by the National Commission of Markets and Competition (CNMC), the body in charge of supervising the commercial practices and margins of oil companies. It analysed whether the 20-cent discount was actually reaching the consumer.

In its results, the CNMC reported that in a general way, the sector is correctly applying the discount. It only detected alleged irregularities in 100 out of the 11,800 gas stations analysed in Spain, as reported by laopiniondemalaga.es.