Marbella moments with columnist Nicole King: Are you a fan? 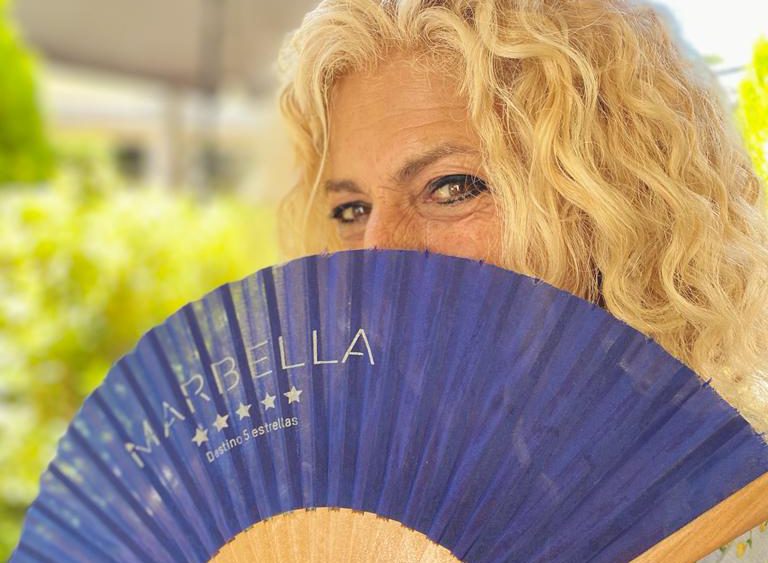 Marbella moments with columnist Nicole King: Are you a fan?

We can all be forgiven for not realizing that the Spanish fan is far more than a means of keeping one’s cool.  In Spain in the 19th Century, when ladies were meant to be seen but not heard, the fan was a fundamental ally in getting one’s intentions across to a potential suitor.

At that time a woman would always be accompanied by a chaperone so finding a way to get around such strict control was needed and the hand fan was ideal. Each position, movement and placement of the fan meant something specific, making for the most sensual of insinuations and secretive conversations.

If a man showed interest in a particular lady she could let him know discreetly if she was open to his advances by repeatedly tapping her left hand with the fan.  To let him know that she didn’t already have a partner she would use gentle movements to fan herself at chest level, and a closed fan held in the left hand meant, come on over I’m ready to party.

If however the lady was already committed to someone else, a quick open and close of the fan would be enough for the suitor to realise he should back off.

Women could make advances too using this discreet form of communication: opening the fan with the left hand and perhaps pretending to count the wooden sticks in the famework would indicate that she’s open for conversation, leaning the fan against her lips synonymous with wanting to be kissed and holding an open fan in front of her face or eyes and open invitation to follow her when she leaves.  She could also indicate a time to meet by opening the fan to a specific number of “sticks”.  All quite ingenious.

Many of us foreigners now have at least one fan, if not more, which we use avidly during these sweltering summer months, so I thought it would be nice to appreciate the nuances of the movements so that you can put some of them into practice when you’re out and about.  It’s quite fun!

To say “yes“ you close the fan slowly; a “no” would be shown by closing the fan with a snap.  Tapping your fan against something shows impatience.  If you want to show someone you like them you open and close the fan and rest it against your cheek.   To indicate that secrecy should be paramount in a relationship you brush the fan over the right ear.   You can warn someone that you’re being watched by covering the eyes with an open fan or even send a kiss by covering your mouth with the fan whilst looking directly and intently over it at the person in question.

It would be a shame to lose this secret language; I have to admit, I personally am quite the fan!