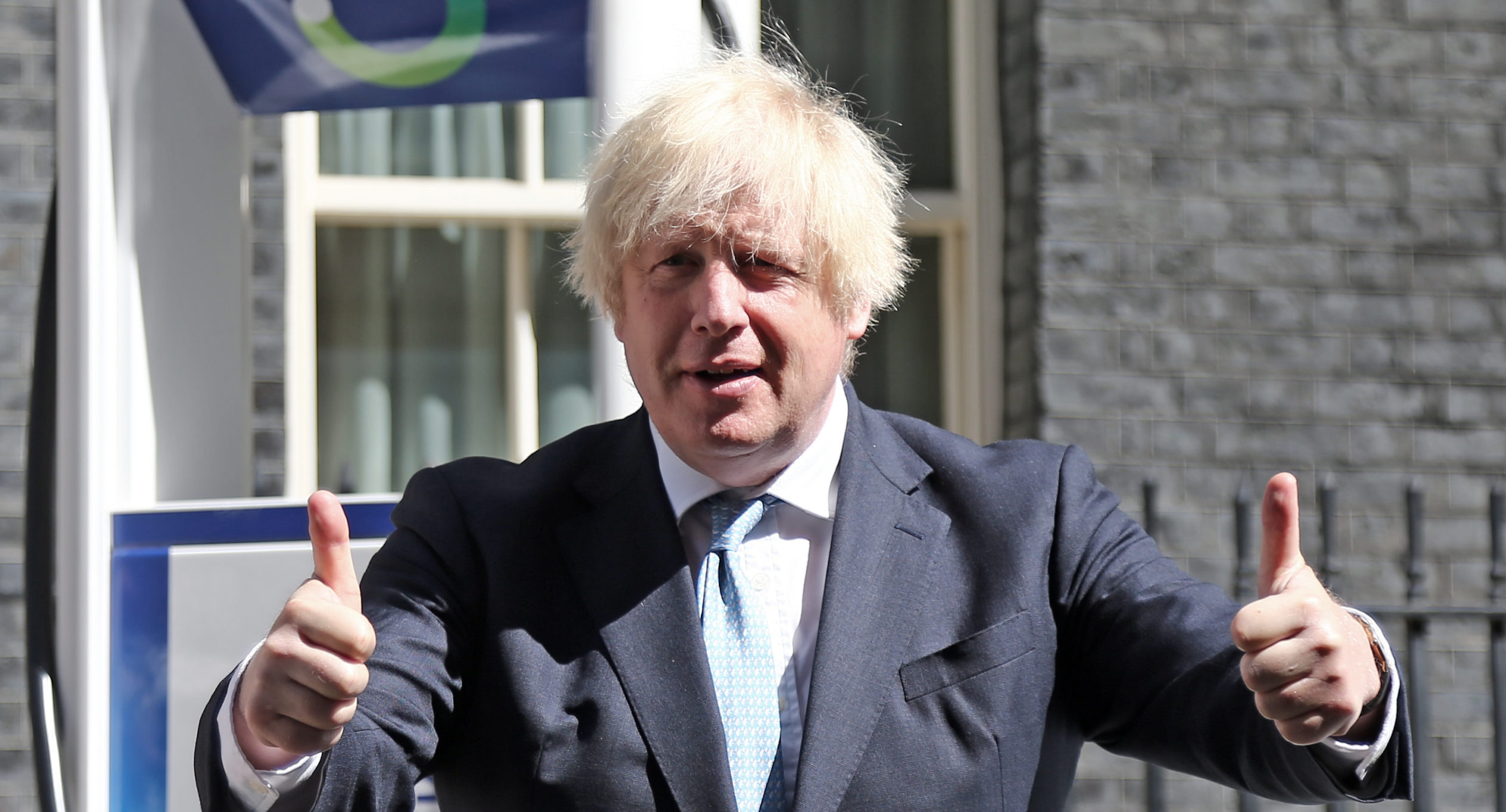 A little compilation of the 10 most embarrassing moments of Boris Johnson’s premiership.

We will begin with Boris being replaced by an ice sculpture

In November 2019 rather than being interviewed in a debate about the climate crisis, Boris didn’t show up.

Rather than just ignore his absence Channel 4 replaced him with an ice sculpture of a slowly melting planet Earth.

Tune in at 7pm on 4 and here on Twitter: https://t.co/GXl7XiFbgA pic.twitter.com/niPE5MLdGV

9. When Boris dodged a press conference due to too much noise

In September 2019 after being loudly heckled on his trip to Luxembourg Boris decided not to take part in a press conference.

Rather than join the Prime Minister of Luxembourg, Xavier Bettel, Boris decided not to take part because he feared it would be too noisy.

Boris Johnson explains why he did not take part in a press conference alongside Luxembourg PM Xavier Bettel saying "there was clearly going to be a lot of noise” from protesters https://t.co/IdVgyC8rBd pic.twitter.com/PcxlmXT2gO

Perhaps this is not necessarily shocking considering Boris’s behaviour but more of an example of very bad etiquette and disrespect.

In August 2019, during a visit to Paris to discuss Brexit, Boris made himself comfortable by kicking back and literally resting his foot on one of Emmanuel Macron’s tables.

I know about as much about international diplomacy as I do the bullingdon rules of wiffwaff. But I do know it's common decency to not put your fucking feet on other peoples' furniture. pic.twitter.com/D9eX0pCKdW

Quoting the character Bane from The Dark Knight Rises, Boris said: “The time has come to act, to take decisions, to give strong leadership and to change this country for the better. My job is to serve you, the people.”

In November 2019 Boris launched the Conservative Party’s general election campaign with a rally in Birmingham.

Initially, it looked like Boris had plenty of supporters but later photos revealed there weren’t many at all.

In January 2022 during one of Prince Harry’s final appearances as a member of the Royal Family Boris met up with him.

In May 2021 Greenpeace released an advert exposing the government’s plastic policy which is titled ‘Wasteminister: A Downing Street Disaster’.

What’s the UK government’s plastic policy? Dump it on other countries! Less than 10% of our plastic recycling is actually recycled in the UK.
The rest is sent overseas where it’s often burned or dumped, fuelling health and wildlife emergencies.

Irony died on 9th June 2021, when the prime minister travelled to Cornwall for the G7 Summit on board a plane.

At the time he said he would be “asking my fellow leaders to rise to the challenge of beating the pandemic and building back better, fairer and greener.”

Nothing says ‘greener’ more than you flying to Cornwall from London to discuss how to reduce the globe’s carbon footprint…. 🤨 https://t.co/PsB54p8ZKh

2. Boris compared himself to Moses

In November 2021 during a speech, Boris not only compared himself to Moses but also impersonated a car and spent two minutes discussing the merits of Peppa Pig World.

In this speech Boris Johnson compared himself to Moses, impersonated a car and spent two minutes discussing the merits of Peppa Pig World.

1. Boris struggling with an umbrella

In July 2021, Prince Charles was at the National Memorial Arboretum in Staffordshire where the royal was unveiling a new 12-metre high £4M (€4.7M) memorial that recognised police officers who have died in the line of duty.

Boris Johnson who was sitting next to Prince Charles caused a scene when he couldn’t even open an umbrella!

PM Boris Johnson struggles with his umbrella whilst seated next to Prince Charles at a memorial recognising the sacrifice of police officers who have died on duty.