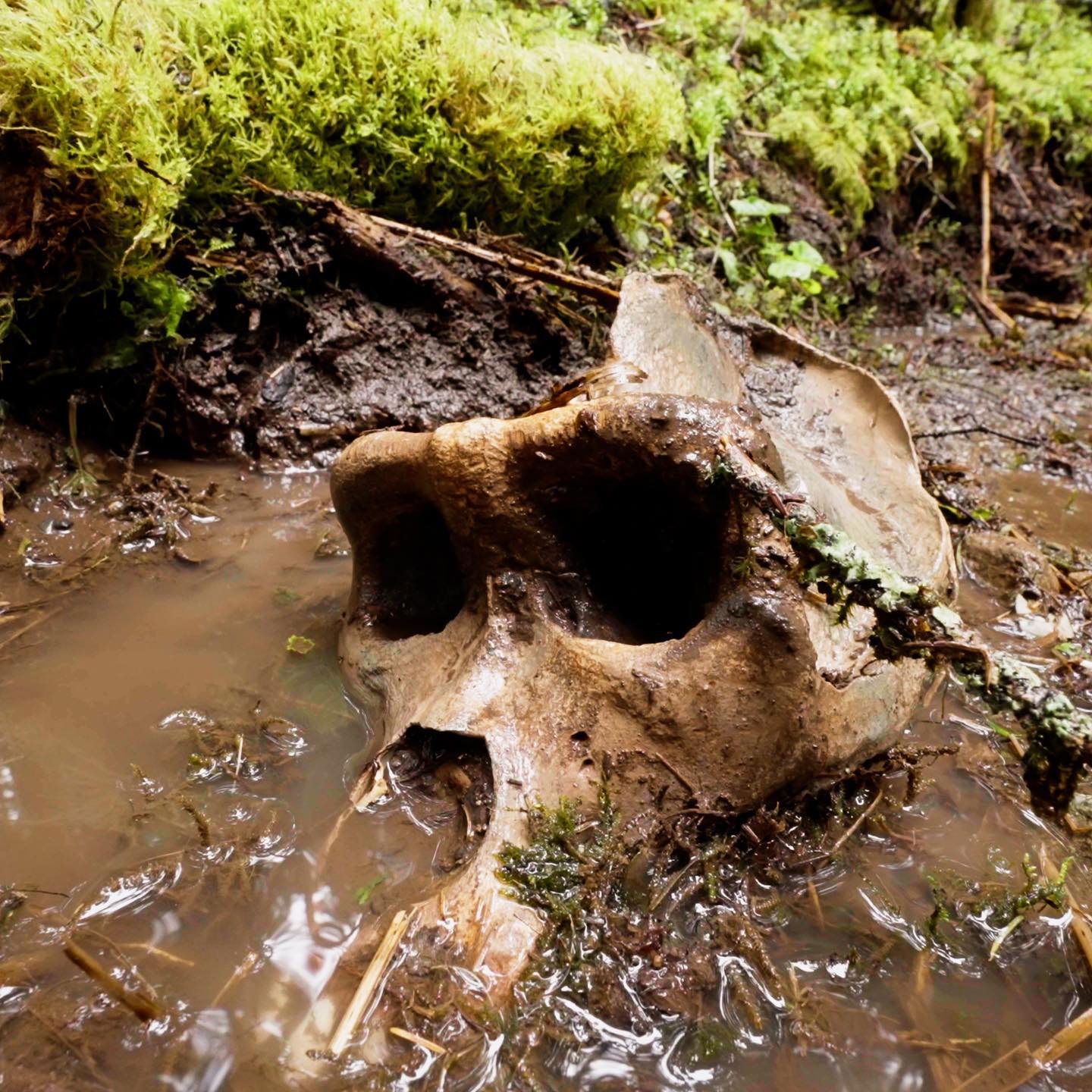 The host of Animal Planet’s series Coyote Peterson: Brave the Wild said he was posting the pictures of his primate skull discovery to his FB page ‘before they were taken down and before government/official try to cease the footage.”

The 40-year-old, who is best known for his YouTube channel Brave Wilderness, said he “found a large primate skull in British Columbia – filmed it, cut the footage, releasing on @bravewilderness this weekend.”

He revealed that he had kept it a “secret for several weeks”.

Speaking about the finding, he said he originally thought it was something else.

“Absolutely unreal… we thought it was a bear skull when we found it,” he wrote.

He added: “The skull was found partially buried underground in deep back forest ravine after a massive storm in the Pac Northwest where clearly a bunch of trees and earth were disturbed.

“I’m sure these pics will be taken down… as will probably the video by government or state park officials… but the skull is safe,” he said.

“I don’t know if it’s what you all think it might be… but I cannot explain finding a primate skull in the Pac Northwest without wondering! What do you believe?”

Comments ranged from claiming it was a replica gorilla skull cast and clickbait to those saying it was a great find and wanting to learn more about it.

One person said: “British Columbia is covered in a temperate rainforest, so I wouldn’t be surprised if there were large primates of some sort living there! Cool find, Coyote!”

While another wrote: “This is not a real skull, so it’s teeth did not fall out. This is a replica gorilla skull cast made by Bone Clones. This publicity stunt is doing exactly what it was intended to do, albeit not great for increasing the trust and education of the viewers.”

“That’s unreal Coyote!!! Awesome job!! Can’t wait to learn more about this as you learn more,” one person wrote.

Another person said: “I’m guessing he shared this so he doesn’t just disappear. Or turn up dead. The government have proved human lives aren’t important as their secrets.”

One person pointed out the recent woolly mammoth baby found in the Yukon as they claimed Peterson had not contacted the proper authorities falling the discovery.

“I’ve kind of lost a bit of respect for you honestly. We have been following you for a few years and love your videos, very informative. But to be so bold as to announce what you have done illegally is not cool.

“This is a huge discovery for BC and Canada, if it’s true, and if you respected science you would have contacted the proper authorities. You should look up the woolly mammoth baby found in the Yukon, that’s how you properly handle a huge scientific discovery.”