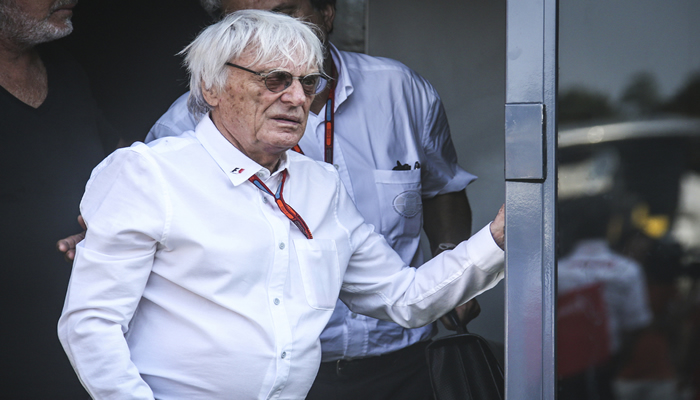 Bernie Ecclestone, the former F1 boss has made a dramatic U-turn over his previous controversial comments about ‘taking a bullet for Putin’.

Controversial former F1 chief Bernie Ecclestone today, Saturday, July 9, made a huge U-turn over his comments made during an interview with GMB in June. He had described Vladimir Putin as a “first-class and sensible person”, going as far as to say he would ‘take a bullet for him’.

In the same programme, Ecclestone also made fun of Ukrainian President Volodymyr Zelenskyy, calling him a “comedian”. He also claimed that the brutal actions being carried out by Putin’s military were not “intentional”.

As reported by The Sun, speaking today with Sky Sports News, the 91-year-old made an apology: “I think often people come out and say things or do things without really too much thinking. Probably I did the same. I can understand people thinking I’m defending what he’s done in Ukraine, which I don’t. I was brought up during the war, the last war, so I know what it’s like”.

“So I feel sorry for the people in Ukraine having to suffer for something they haven’t done. They’ve done nothing wrong. They didn’t start anything. They want to get on with their lives. They want the kids to go to school and try and go to work and earn a living to keep the family going”, he continued.

He added: “So they don’t deserve to have to suffer. It’s not good for anybody. I can’t see anybody getting anything out of this and I think they should get together and get an agreement. And I’m sorry if anything I’ve said has upset anybody because it certainly wasn’t intended”, although stopping short of criticising the Russian president.

A statement was released by F1 following Ecclestone’s bizarre GMB interview, which read: “The comments made by Bernie Ecclestone are his personal views and are in very stark contrast to the position of the modern values of our sport”.

During an interview with Piers Morgan on TalkTV, the former F1 supremo was even more outspoken: “I stand behind him. As far as I’m concerned he’s a good guy”, he told @PiersUncensored:

"These things happen in war… after a war everyone’s good friends."

"Why would you say that you would still take a bullet for Vladimir Putin, given that he's putting bullets into thousands of innocent people's heads?"@piersmorgan asks Bernie Ecclestone the question we've all been wondering since his comments on GMB this morning.@TalkTV pic.twitter.com/ufhhKYYI2j