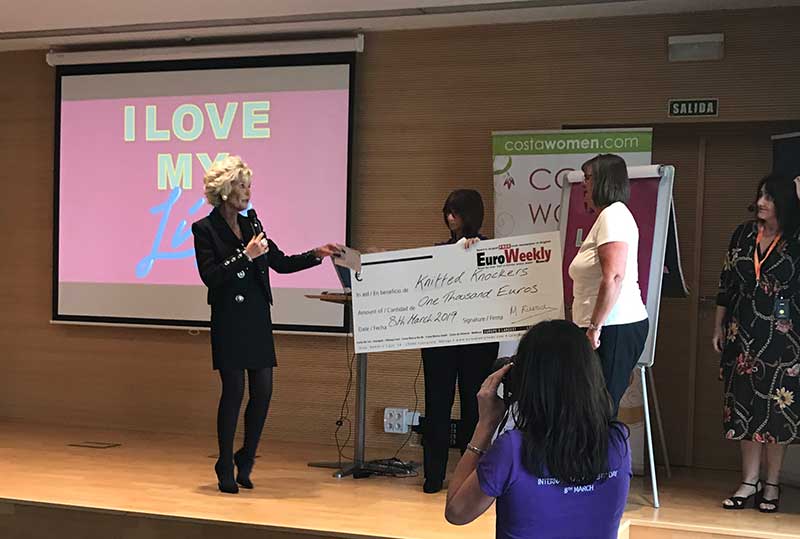 The Euro Weekly News, headed by Steven and Michel Euesden, is heavily involved in sponsoring and fundraising events, charity activities and balls, dinners and fairs, all in the name of community spirit and heart.

Steven and Michel Euesden make sure themselves and the team at the Euro Weekly News do their utmost for the communities in Spain, particularly the Costa’s, Mallorca, Axarquia and Almeria, sponsoring and fundraising for many charity events, expat groups and non-for-profit companies.

The Euro Weekly News gets involved in countless events throughout the year, no matter how big or small, including setting up stall at school events such as the Chrismas fair in San Pedro School and the Dames in Spain Christmas bazaar, where team members set up stalls providing mulled wine, mince pies and newspapers to raise money for these institutions that serve the British in Spain.

Michel Euesden is also involved in the Cudeca Hospice, a charity that provides end-of-life care to people with cancer and other advanced diseases, and support for their families completely free of charge. Michel has been an advocate for the charity for many years and has most recently been involved with a dinner fundraiser in Competa and a golf charity event in Marbella to raise funds for this amazing organisation.

Steven and Michel have been proud sponsors of the Rhys Daniels Trust, a vital charity that provides free, self-contained accommodation for families while their very sick children receive life-saving treatment far from home.

The Euro Weekly News has also been announced as the proud sponsor of the 2022-2023 Walking Football League for both the over 50s and over 60 groups. They have long been supporters of the sport, saying: “People often ask why both Steven and I why we personally and professionally endorse walking football – the reason is quite simple – it ticks all of the boxes for the majority of our friends/family and readers alike. It’s a great community builder, it’s competitive, it’s great for everyone’s health and it suits the climate and age group.”

“What is there not to like? An absolute winner for everyone concerned – I would just like to see a few more teams in the league – so if you have some spare time on your hands and are looking to make some great friends in your adopted land then call Gray Salt today and you might be the next George Best on the Costa… Michel x”