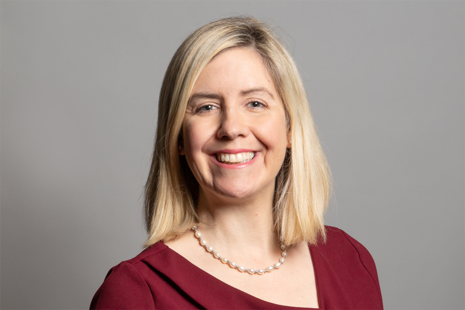 “I’m only human” is the response from new education minister Andrea Jenkyns after she was asked to explain the rude gesture shown to those waiting outside number 10 on Thursday.

Speaking to Sky News on July 9, Jenkyns who was photographed making the rude gesture, said that she had “reached the end of her tether” after receiving abuse and death threats.

That frustration was taken out on journalists and the waiting public keeping an eye out on number 10 following Boris Johnson’s agreement to resign. As she walked through the black gates she turned and showed the rude hand signal.

Is it too much to ask in @BorisJohnson Britain that the new Education Minister set an example to our nations children and not show the general public her middle finger. pic.twitter.com/MHlkZvIIBL

Jenkyns who is the Morley and Outwood MP was named Parliamentary Under Secretary of State replacing Michelle Donelan who resigned 48 hours after she was appointed saying: “it’s the only way to get Johnson out.”

Jenkyns added: “After receiving huge amounts of abuse from some of the people who were there over the years, and I have also had seven death threats in the last 4 years,” she tweeted. “Two of which have been in recent weeks and are currently being investigated by the police, I had reached the end of my tether.

“I responded and stood up for myself. Just why anyone should have to put up with this sort of treatment.

“I should have shown more composure but am only human.”

The assumption is that a formal complaint will be lodged by one or more political parties, which could see the new Education Minister’s stay in the role cut short. As always the ideal opportunity for Johnson to show some leadership has gone begging as he remains quiet over the whole affair and her claim that: “I’m only human.”