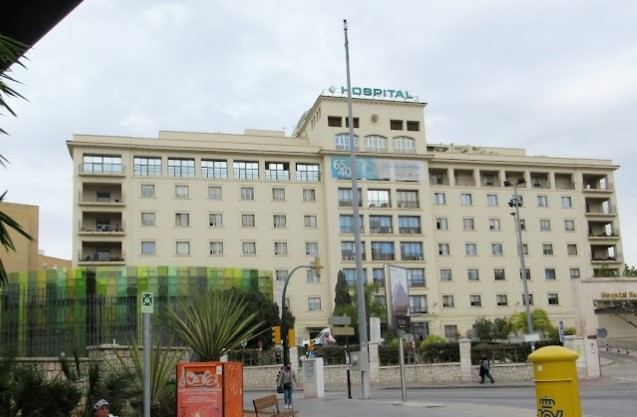 A court has sentenced the patient who assaulted a Malaga hospital doctor to four months in prison, suspended for two years.

The trial took place yesterday afternoon, Friday, July 8, of the patient who attacked a doctor last Thursday, July 7, in the emergency room of the Regional University Hospital of Malaga. He was sentenced today, Saturday, July 9, to four months in prison, suspended for two years, on the condition that he does not commit any further crimes in that period.

A restraining order was also placed on the defendant, along with a six-month communication ban, which will be reduced to three months for compliance. The court also handed him a 20-day fine for minor by injury offences, which is payable at €10 per day, as reported by malagahoy.es.

An initial request for a six-month sentence was reduced to four, in compliance with the requests of the prosecutor and the private prosecution. The assaulted doctor waived his right to compensation.

Antonio Moya, a lawyer from the Medical Association of Malaga represented the doctor, in a service that is offered free of charge to the medical facility.

Pedro Navarro, the president of the College of Physicians, strongly condemned the incident: “It is devastating. Not even a month has passed since the last aggression of June 15, and we fear that in the summer they will increase. Our doctors cannot go to work with insecurity. We work to save lives. Our position is firm, and in the face of aggression, zero tolerance”.

The facility has an Urgent Attention Telephone (TAU) for cases of aggression, which is operational from 8am to 8pm every day of the year (including holidays). It is attended by the Commalaga legal team. Outside these hours, it recommends calling 091, where assistance has improved thanks to the creation of a specialised team of health police interlocutors.