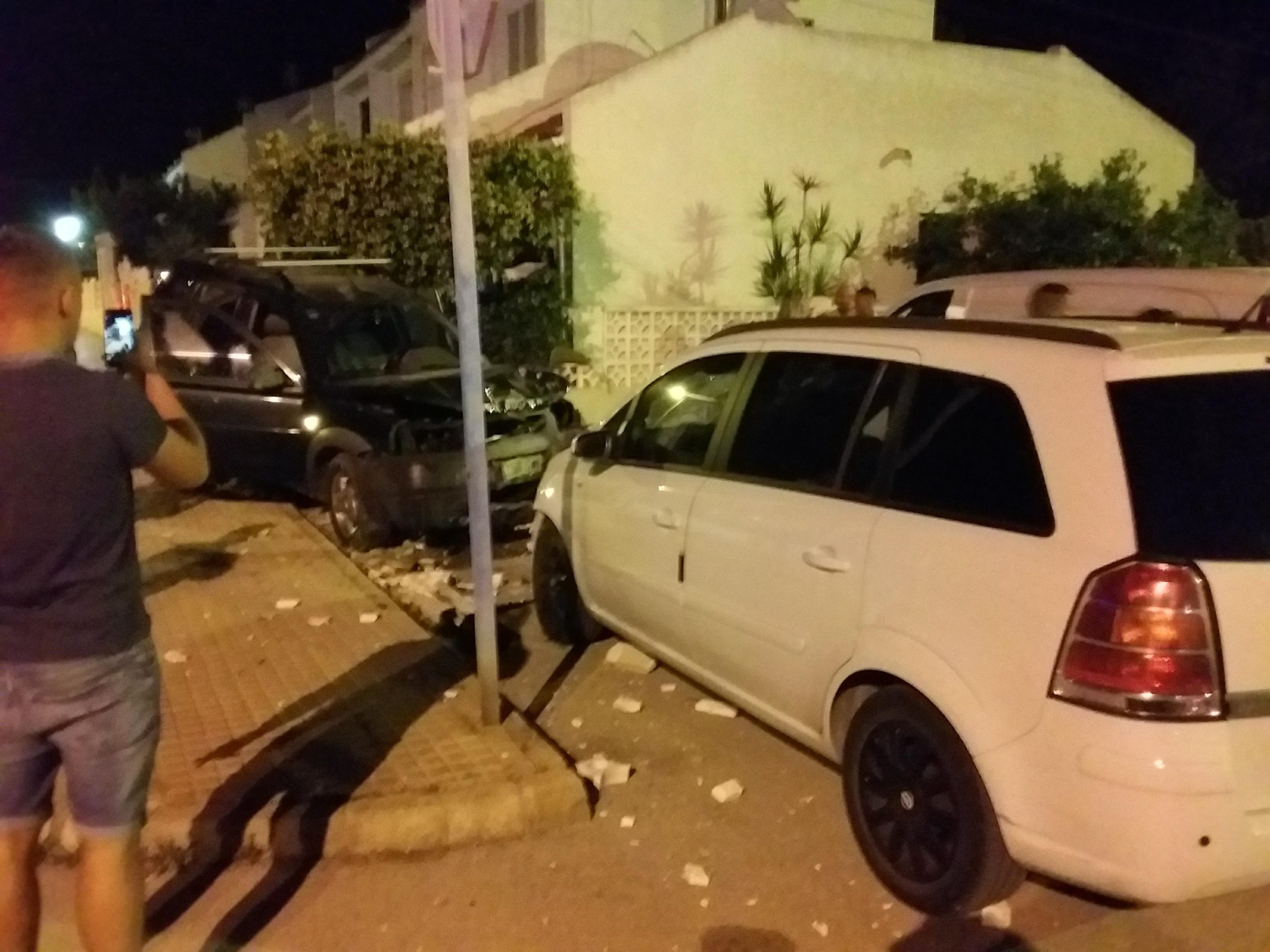 A DRUNK driver crashed through David Williams’ garden wall in Torrevieja’s Calas Blancas urbanisation at 11.15pm on May 26.

He also ran down a lamppost and hit David’s car parked at the side of their house.

“Half a metre more and he would have hit our bedroom wall,” David told the Euro Weekly News. Thankfully, he and his wife had brought their dog in an hour earlier.

So far, so lucky.

A temporary fence was in place the next morning and David’s insurance company provided an Avis rental car for 35 days.

By the time the rental car was returned, David’s own car – a 2006 Opel Zafira seven-seater – was still at the garage specified by the insurance company.

It remains there because the insurers maintain that is too expensive repair and offered around €2,000 in compensation.

“But that’s not enough to replace it,” David objected.

The Opel, which had passed its ITV roadworthiness test shortly before the accident, is much-needed, he explained.

“Our family are coming out soon, and I always pick them up from the airport and they use the car while they’re here,” he said.

He needs it to pick up gas bottles and David told us how, in the summer, he can count on finding enough wood and pruned branches to see their wood-burning stove through the winter.

“Now we’ll have to buy it instead,” he said.

The temporary wall was replaced by a €7,180 permanent structure while the hire car cost his insurers €1,470, David pointed out.

“If only they’d been willing to spend less on that and more on my own car, we wouldn’t be in the situation we’re in now,” he said.