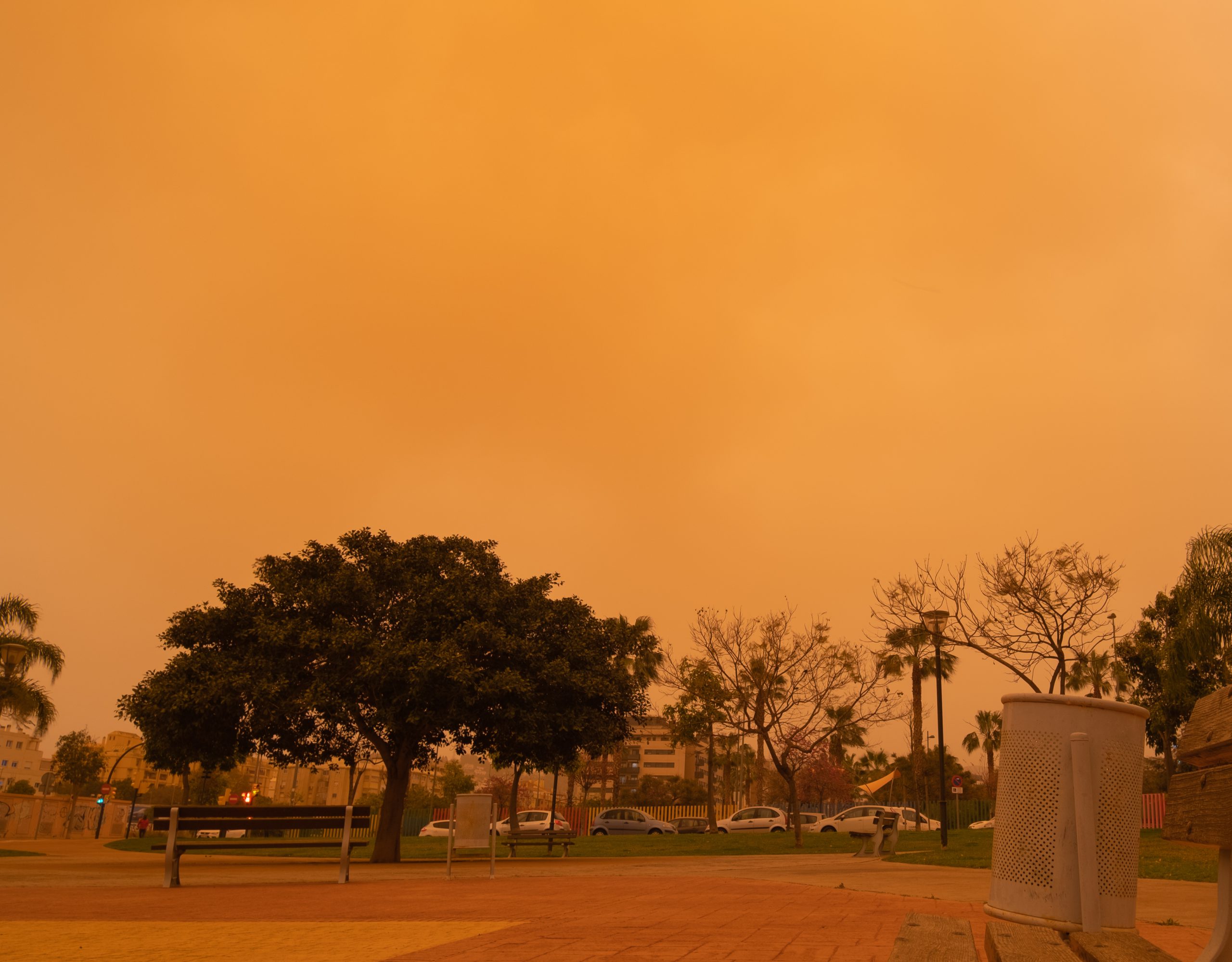 According to the State Meteorological Agency of Spain (AEMET),the Saharan desert dust is expected in the Canary Islands, the south part of the Peninsula and Ceuta and Melilla on Tuesday, July, 12.

AEMET took to twitter to issue a warning of the Saharan desert dust expected to hit the Spain tomorrow stating:

High temperatures over most of the Iberian Peninsula and Mallorca, with notable increases in western Galicia and decreases in the Canary Islands. Strong wind with very strong gusts around the Strait of Gibraltar.

Predominantly partly cloudy or clear skies over most of the country. Only some low cloud intervals are expected on the Galician coast, western Cantabrian Sea, around Melilla and north of the Canary Islands.

Intervals of high clouds are also expected in the southwest of the peninsula, as well as cloudiness of diurnal evolution in the interior of the northern half, where some showers or isolated thunderstorms in mountainous areas are not ruled out.

Temperatures will generally continue to rise slightly, more markedly in the west of Galicia, where they may even be noticeable. With the exception of the southeast of the peninsula, with a slight decrease, and the Canary Islands, with a moderate to notable drop in temperatures.

Temperatures will exceed 35 degrees in most of the interior of the peninsula and Majorca, and 40 degrees in the southwest.

Chance of mist and fog banks on the Galician and Cantabrian coasts; as well as dust in suspension in the Canary Islands, the south of the peninsula and Ceuta and Melilla.

Wind from the east in Alborán and around the Strait of Gibraltar, where it will be strong with very strong gusts. North-easterly on the coast of Galicia, northerly in the Canary Islands, with some strong intervals, and lightly variable in the rest of the country with a predominance of easterly winds.

The news follows reports of various episodes of Saharan desert dust hitting Spain in May.