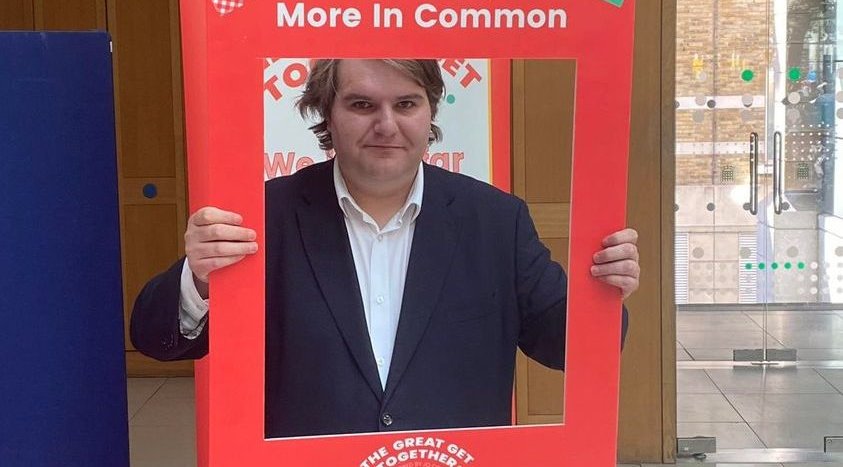 When you think Mini-skirt, fishnet stockings and high heels and a lamppost the last thing that would come to mind is a Tory MP on a night out, but that’s just exactly what it was.

A court in South Wales heard evidence on Monday, July 11 that Jamie Wallis who has represented Bridgend had crashed his Mercedes into a lamppost on November 28, 2021.

The first Tory MP to identify as transgender according to Sky News, Wallis is accused of failing to stop, failing to report a road traffic accident and, driving without due care and attention. He is also accused of leaving the damaged vehicle in a dangerous position that put the lives of other road users at risk.

Wallis, who denies the charges, was found by local residents who heard the accident in his car: “Wearing a white long-sleeve top which was tight to the body, a black leather PVC mini-skirt, tights, dark shoes with a high heel and a pearl necklace”.

Local residents Adrian Watson and Natalie Webb were first on the scene of the accident which happened at around 1 am according to Prosecutor Carina Hughes.

He said he was going to the police at which point Wallis began walking away from the scene of the accident. Watson said he followed Wallis and witnessed him make two phone calls, during one of which he claimed to have been “accosted.”

A Land Rover Discovery then arrived at the scene and whisked him away leaving his Mercedes behind.

Following Watson’s call. Police Sergeant Gareth Handy attested that he went to the Wallis’ family home, which he described as an “absolutely colossal mansion” where out of concern for the MP he forced his way in.

Wallis was found naked in his bedroom fast asleep. PC Louis Hall said he found Wallis in a bedroom sound asleep. “He appeared to be wearing make-up. His eyelids were dark, his lips were red and his cheeks were bronzed, and he had red nail polish on his toes.”

Wallis was finally arrested at 7.21 am with his trial expected to last just two days.

The detailed description of both the mini-skirt, fishnet stockings and high heels will be a further embarrassment for the Conservative Party, as will the news that Wallis fled the scene of the accident and failed to report it as required by law.