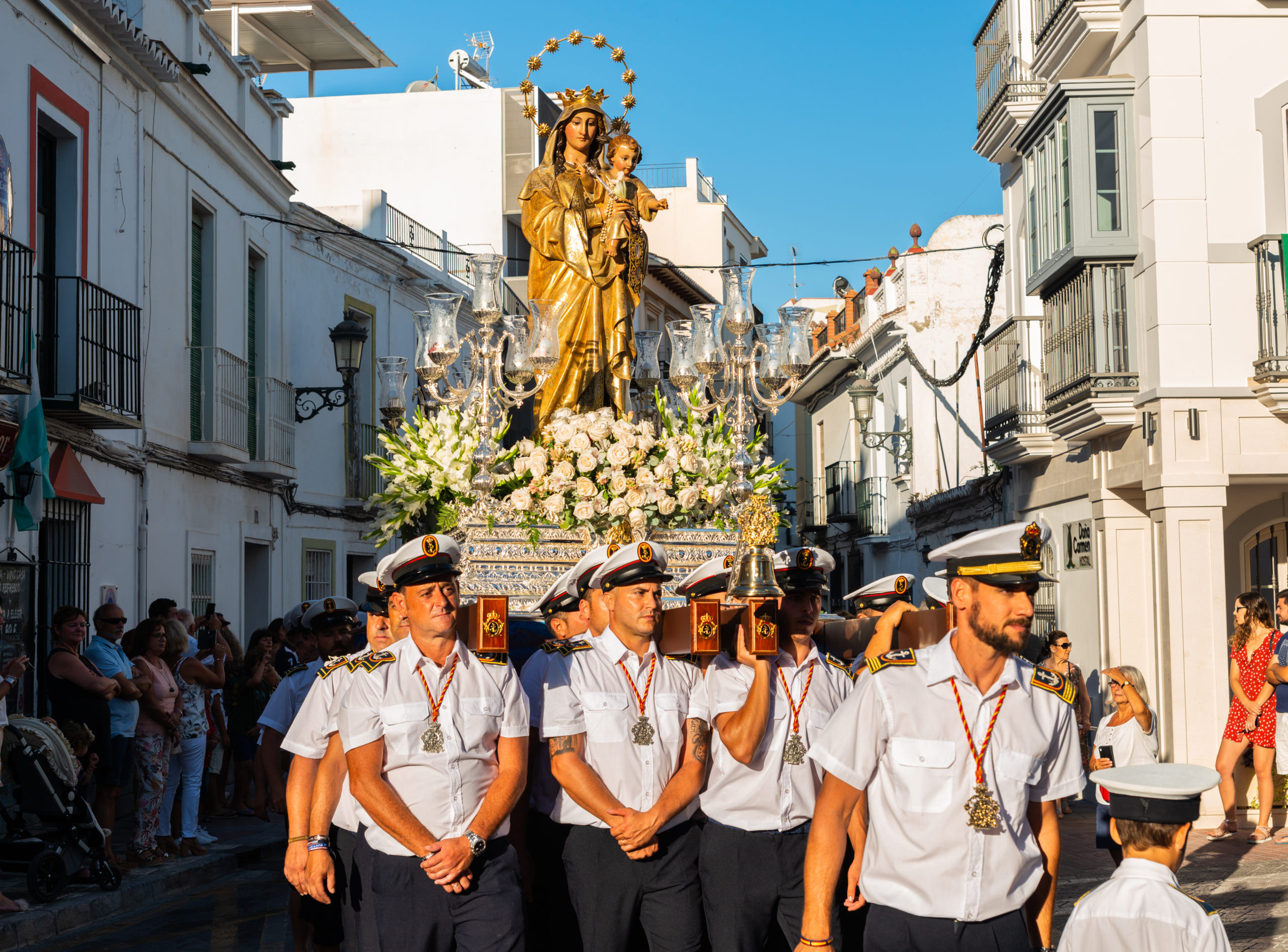 The “Virgen del Carmen”, is the patron saint of the sea and the Spanish Armed Forces, who celebrates her official day in Spain on July 16.

The Virgen del Carmen is mainly celebrated in the province of Malaga, with most of its municipalities holding a fiesta in her honour, such as Fuengirola, Nerja and Torremolinos, but other port cities such as A Coruña in Galicia also celebrate the festivity.

As the story goes, a group of religious people from the Holy Land settled on Mount Carmel and built the first church dedicated to Saint Mary of Mount Carmel.

These religious people were the origin of the Carmelite Order and their devotion to the Virgin Mary led to the birth of the cult of Our Lady of Mount Carmel.

Legend has it that it is celebrated on July 16, because Simon Stock, a superior of the order, asked the Virgin of Mount Carmel for a sign of her protection.

On July 16 the Virgin appeared to him with a scapular and said:

“This is the sign of protection that I bring you. Whoever dies wearing this holy scapular will not see the flames of hell”.

Since then the Patron Saint was worshipped by sea-faring people, who prayed for good weather, plentiful fishing and protection from danger.

The statue of the Virgin is normally carried into the sea by devout bearers who sing the seafaring Salve, before placing the statue on a boat, where she continues her procession through the sea, followed by hundreds of boats decorated for the occasion.

The Virgen del Carmen is then carried through the town or city centre after arriving at the port.