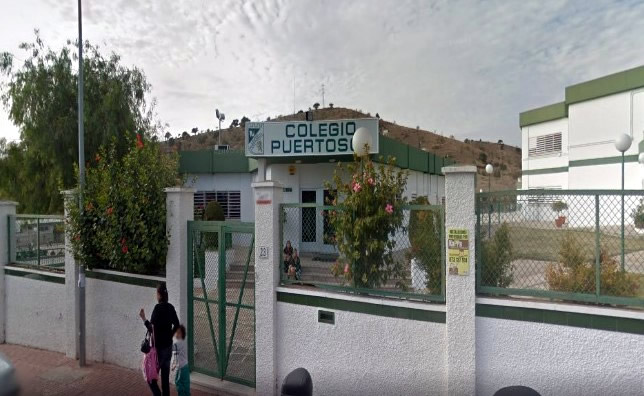 Image of the Colegio Puertosol in Malaga. Credit: Google maps

A group of 58 schoolchildren and 9 coaches from the Colegio Puertosol handball team in Malaga stranded in Stockholm, Sweden, have finally secured flights home.

The group of 58 children and their 9 coaches from the handball teams of the Colegio Puertosol in Malaga, left stranded in Stockholm because of a cancelled flight, have finally secured flights home.

They will fly to London tomorrow, Wednesday, July 13, from where they will subsequently take connecting flights back to the Costa del Sol Airport. Their return will be made from London Heathrow, split into two separate trips. One will arrive in Malaga at 8pm, the other one at 22:30pm.

“At the moment the treatment has been spectacular on the part of the Embassy, ​​they have received us very well and they have obtained the documentation for us to be able to return as soon as possible”, reported a spokesperson for the school’s group, as reported by malagahoy.es.

A group of child handball players from Malaga is currently stranded today, Monday, July 11, in Stockholm, the capital of Sweden. A total of 50 schoolchildren and 10 coaches from the Colegio Puertosol in Malaga, ended up stuck there after the country’s national carrier, Scandinavian Airlines System (SAS), suspended their scheduled flight yesterday, Sunday, July 10.

Several teams from this school had made the trip to Stockholm to participate in the Partille Cup. It is the largest handball competition in the children’s category to be held anywhere in the world. Having completed the matches, the delegation was due to return to Spain, but a pilots’ strike meant they had no way of leaving.

Their 4pm Sunday afternoon flight was subsequently cancelled, and the company offered to transfer everybody to a hotel. The strike did not come as a surprise because the school had known about it before departing from Malaga.

On July 2, the school itself released a statement in which it warned of the airline’s problem but congratulated itself because, in the end, they were going to be able to go to Sweden. “Good news! According to the airline’s own website, the strike has been postponed to the next day 4, so it seems that our flight will not be affected by this situation”, said the statement.

The school’s statement went on to detail that on June 9, 2022, SAS received a strike notice from the Swedish, Norwegian, and Danish pilot unions. It informed that a possible strike could affect the flights operated by the company around the world.

Flights operated by SAS Link, SAS Connect, and SAS’s external partners (Xfly, Cityjet and Airbaltic) were not affected by the strike and passengers were invited to consult the contracted flight to see if it was subject to delays or cancellations.

A statement from the airline was copied, in which it said that: “the pilot strike is postponed, and the earliest start date for a possible strike is July 4, 2022”. At the time, mediation was ongoing, but the strike was unavoidable. While the children were enjoying their sport, everything exploded with the airline, and when it was time to return, the group saw their flights cancelled.

The school itself sent a message of support to the children and their coaches upon learning of the situation they were in: “All our support for the members of CD Puertosol, who are stuck in Sweden. Good luck, I’m sure you’ll be back in Malaga soon!” The Malaga Handball Federation and many parents also echoed the problem, as reported by sevilla.abc.es.