Wildfires raging across Portugal with temperatures expected to climb even higher 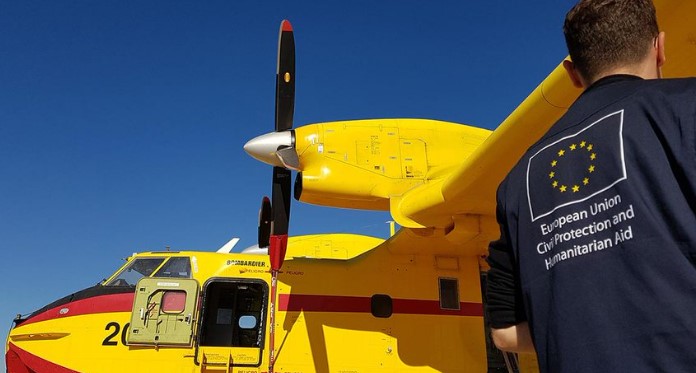 As wildfires burn all across Portugal the forecast is for even higher temperatures over the next few days.

Portugal recorded 125 fires on Saturday, July 9, with three massive forest fires being tackled by around 1,500 firefighters. With temperatures in parts of the country expected to reach up to 45°C (113F) by Tuesday, July 12, the Portuguese government has declared an eight-day ‘state of alert’, warning holidaymakers of the fire risks.

At least 29 people have been injured as a result of these fires. The Portuguese fire authorities are so stretched that help is being given via the Civil Protection Mechanism of the EU. This morning, the European Commission deployed 2 Canadair firefighting aeroplanes from its rescEU fleet stationed in Spain.

Via the #EUCivilProtection Mechanism, the EU has mobilised 2 firefighting planes from its #rescEU fleet to support first responders in Portugal. 🌳🔥@CopernicusEMS 🛰️ is also supporting the operations with detailed maps from space. 👇#EUSolidarityhttps://t.co/XoDyp0LkiX

According to the Portugal Resident, two more huge fires have broken out today, Sunday, July 10. One of these broke out in the Sintra municipality of Dona Maria, in Belas. The blaze, as can be seen in images in the publication, is burning on two fronts, and is moving extremely closer to residential properties.

Portuguese media outlet Expresso has described the blaze as being ‘at the doorway to Lisbon’. Late on Sunday afternoon, there were reported to be approximately 180 firefighters battling the blaze on the ground, assisted by 52 vehicles and one aerial means.

A second blaze broke out in the early hours of Sunday, at around 1am, in Gloria do Ribatejo, Salvaterra de Magos, in the district of Santarem. The fire began “violently, with projections, due to the wind. Some houses were in danger, but they ended up not coming into contact with the fire”, a source from Civil Protection told Lusa.

As reported this evening by the Portugal Resident, some of the fires that started on Saturday are still burning but have been brought ‘under control’.