UPDATE: Piers Morgan speaks about Mo Farah lying to him on ‘Life Stories’ 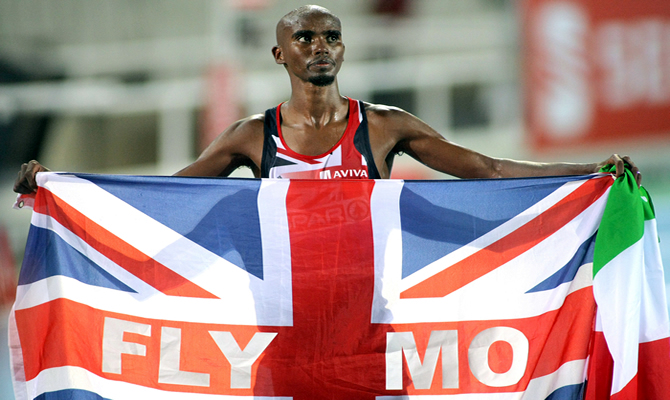 Piers Morgan has spoken about how Sir Mo Farah knowingly lied to him about his history during the ‘Life Stories’ interview.

The internet and news outlets have been buzzing ever since Mo Farah made the revelations about his true identity. In May 2015, the Olympic legend sat down opposite Piers Morgan for one of his excellent ‘Life Stories’ interviews on ITV.

As Piers pointed out today, Tuesday, July 12, in The Sun, he always thoroughly researched the backgrounds of every guest before sitting down with them. Little did he realise that almost everything the athlete told him about his ‘life’ would turn out to be a fictitious pack of lies.

No wonder his first words to me when the cameras rolled were: “I’m really nervous because I’ve never talked about my life…”

As the legendary interviewer commented to the paper: “Thinking back to that show again today, it’s strange and uncomfortable to remember Mo tell me about being reunited with his father in London, and about his difficult relationship with him after that, knowing what I know now”.

“Some interviewers might feel cheated or angry a guest lied to them so spectacularly on prime-time TV. But I don’t”.

In the documentary, ‘The Real Mo Farah’, which airs tomorrow night, Wednesday, July 13, Sir Mo is informed by barrister Allan Briddock that his nationality could be legally taken away due to his revelations. Supplying a false name and having been trafficked into Britain, Mr Briddock tells him that his UK nationality was obtained ‘by fraud or misrepresentations’.

According to Piers, the Home Office has confirmed it will not be taking action against Sir Mo. They have become great friends since the interview took place. As soon as he heard the news, Piers said he texted the runner, telling him: “Mo, what an amazing story, so courageous of you to finally tell it. Just sending my support”.”Thanks so much mate!”, Mo replied. Described by Piers as ‘sounding like a true Brit’.

In a BBC1 documentary, ‘The Real Mo Farah’, due to be broadcast on Wednesday, July 13, the four-time Olympic legend Sir Mo Farah reveals that he has been living a lie for decades. His real name is Hussein Abdi Kahin and he was smuggled into Britain illegally as a nine-year-old child.

Through this documentary I have been able to address and learn more about what happened in my childhood and how I came to the UK. I'm really proud of it and hope you will tune into @BBC at 9pm on Weds to watch. pic.twitter.com/rqZe41gFm8

He now fears that his UK citizenship could be stripped after revealing his truth, and admitting to lying about key details in his application, according to The Sun this Monday, July 11. The runner told the BBC programme that he was going to keep his assumed name.

“There’s something about me you don’t know. It’s a secret that I’ve been hiding since I was a child. I’ve been keeping it for so long, it’s been difficult because you don’t want to face it. Often my kids ask questions – ‘Dad, how come this?’ And you’ve always got an answer for everything, but you haven’t got an answer for that”, Mo bravely explained.

He continued: “That’s the main reason for telling my story because I want to feel normal and not feel like you’re holding on to something. To be able to face it and talk about the facts, how it happened, why it happened, it’s tough. The truth is I’m not who you think I am. And now whatever the cost, I need to tell my real story”.

The Olympian had always insisted that his father was born and raised in London, called Muktar, an IT consultant. His father met his mother when he moved back to the Somalian city of Mogadishu he always claimed. Later on, his father had moved back to Britain, with his son (Mo) following shortly after when the civil war erupted in Somalia.

In reality, his father was a man called Abdi who had been a farmer. He lost his life during the war when his son was aged four. This resulted in his mother packing him off to the safety of Djibouti. His twin brother Hassan was already in Britain, and his mother wanted him to join him.

“The hardest thing is admitting to myself that someone from my own family may have been involved in trafficking me”, admitted the running legend, referring to a mystery woman who allegedly smuggled him as a young boy illegally into the UK, where he was being sent to work as a servant.

This extraordinary revelation, ‘The Real Mo Farah’, can be seen tomorrow night, Tuesday, July 12, on BBC1.