Popular Spanish holiday island in danger of running out of water 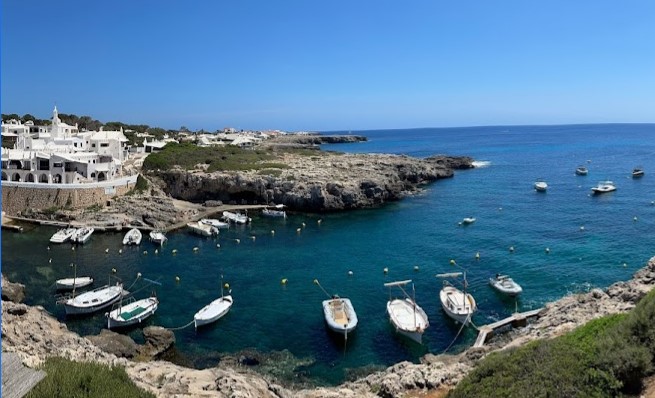 With reservoirs reported to be at critical levels, the Balearic island holiday destination of Menorca is in danger of running out of water.

The popular Balearic island holiday destination of Menorca is in danger of running out of water. This was clarified today, Monday, July 11, by Conxa Juanola, the deputy mayor of Mahon, the capital city, according to The Sun.

She said that an ongoing drought, combined with rising temperatures and a greater number of tourists were a “perfect storm”, that was turning the island into a “ticking time bomb”. Ms Juanola pointed out that: “The situation that we have found at the end of June used to occur at the end of July, or in August, but the alarms have advanced by a month or month and a half”.

Sonia Estrade, a water technician for Obsam, Menorca’s environmental observatory, confirmed that “levels of consumption are at the limit of sustainability”. She warned: “If we continue to increase consumption we will go under”, she warned.

Menorca is facing its worst heatwave since the 1980s she explained. With a shortage of rainfall during the winter, reservoirs that gather the island’s water supplies have simply been unable to recover their capacities, described as being at ‘very dangerous levels’.

Temperatures are already at around 33ºC and are expected to climb higher in the next few days. Residents and tourists have been urged to cut back on the use of water. According to a local media report, non-essential services have already been stopped in the towns of Es Castell and Levante.

The use of water to irrigate public parks and the flow of water to sports centres are also under review they said. Holiday home owners coming back just for summer and filling their swimming pools or watering gardens are being blamed by officials from the water company Aigues Sant Lluis.

A heatwave is affecting not only the Balearic Islands but also the Canary Islands and mainland Spain. Portugal similarly is being hit by excessive temperatures that have reportedly risen as high as 44°C. Wildfires have broken out all across the country as a result, with the Portuguese government issuing a ‘state of alert’ that will last for at least eight days.