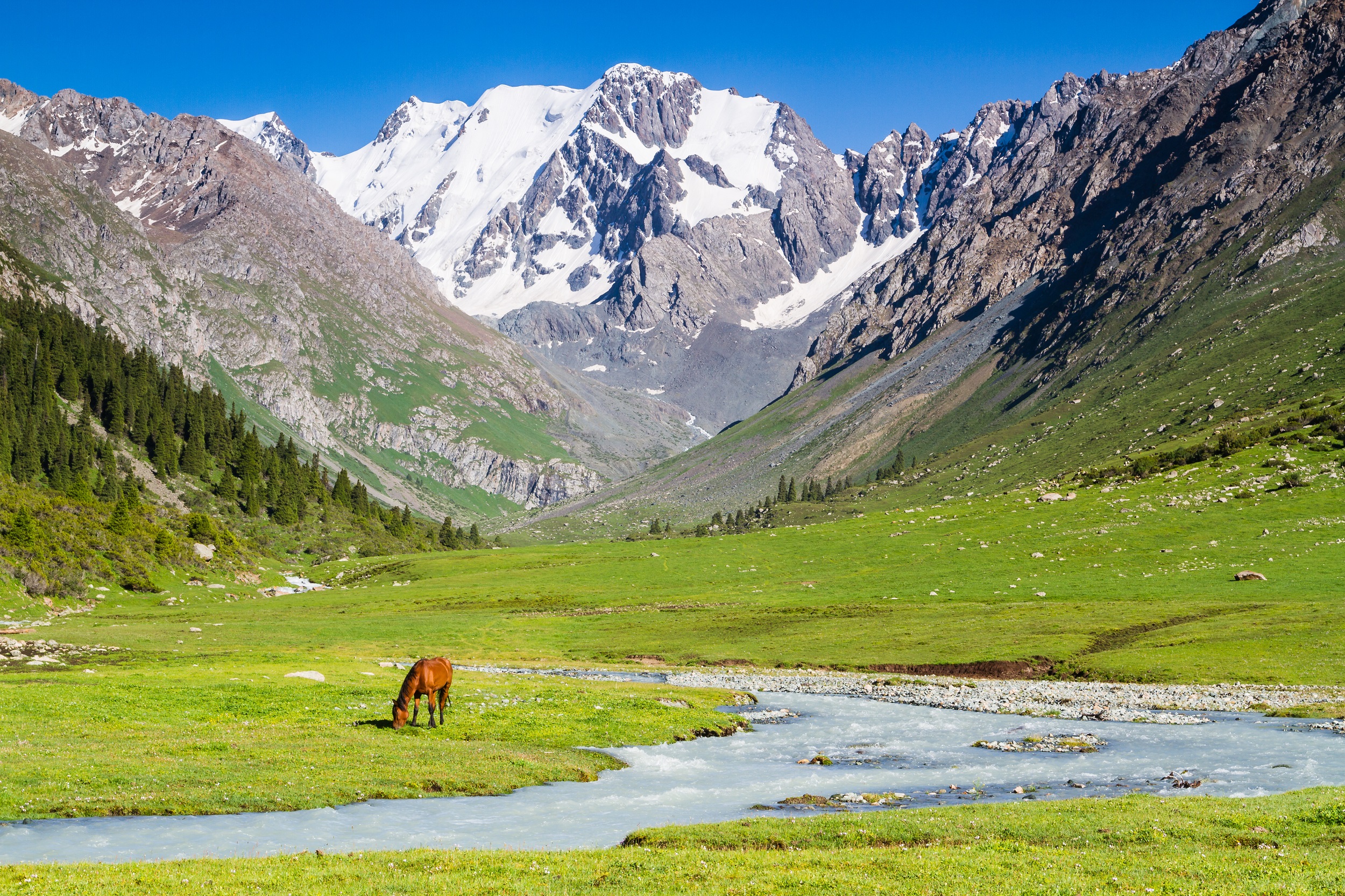 A group of tourists narrowly missed death in the Tian Shan Mountains in Kyrgyzstan, taking shelter as an avalanche thundered down the mountainside.

Today Tuesday, July 12 it was confirmed that none of the group sustained any serious injuries during the avalanche yesterday.

Quick thinking by the group of ten, a local guide and nine Brits, saw them take refuge as the avalanche swept over them saving their lives.

One of the tourists on the trekking tour, Harry Shimmin, had moved away from the group so that he could take photos. According to his account posted online, he heard the deep sound of ice cracking behind him. Realising what was happening he took cover gesturing to the following group to remain where they were.

Check out this incredible avalanche footage from the Tian Shan mountains in Kyrgyzstan. Luckily, everyone survived. Account: https://t.co/amo4Bh6z8I pic.twitter.com/WQumCfelgz

He added: “I left it to the last second to move, and yes I know it would have been safer moving to the shelter right away. I’m very aware that I took a big risk. I felt in control, but regardless, when the snow started coming over and it got dark/harder to breathe, I was bricking it and I thought I might die.”

He continued saying that they had been due to walk where the avalanche came down and had they been they earlier it would have been “lights out.”

Speaking about how lucky the tourists were to miss death he said: “I won’t lie, it was harrowing to walk through the aftermath of where we would have been if we were 5 minutes quicker.

“I stared at the roof of my tent for longer than I care to admit that night. Very, very glad everyone survived without super-serious injuries.”

Global warming is causing a catastrophe in Kyrgyzstan with many of its more than 10,000 glaciers under threat due to global warming. Kyrgyzstan’s President, Sadyr Zhaparov, has warned about the danger posed by the climate crisis to mountainous countries saying: “The world is facing global climate change, which is fraught with dangerous consequences.

“This is especially true for us mountain countries because these problems are more dynamic and specific: glaciers melting and natural water reserves decreasing, which can lead to imminent disaster.

“Kyrgyzstan is home to almost 10,000 glaciers. Over the last 20 years, we are witnessing an irreversible melting of those century-old glaciers.”

Authorities have warned that with the northern hemisphere experiencing higher than normal temperatures avalanches will become more common. Just last week 11 people died after a huge chunk of the Marmolada glacier in Italy broke off, sending an avalanche of ice, snow and rocks down the mountainside

This group of tourists were indeed lucky to have narrowly missed death with these avalanches bringing with them not just snow and ice, but rocks and other debris.