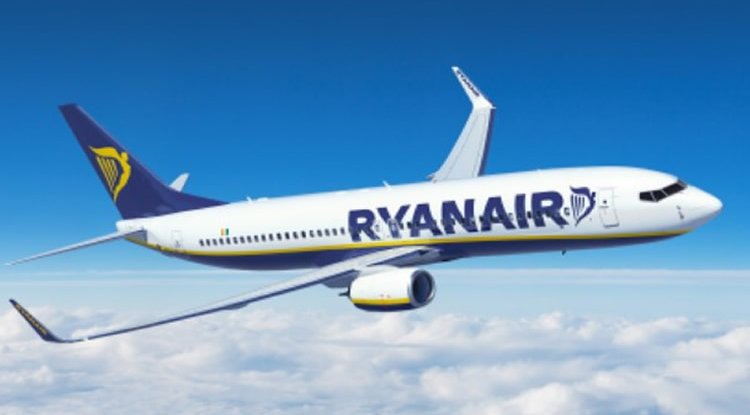 More disruption was caused at the 10 Ryanair bases across Spain as the second round of industrial action by cabin crew started.

As reported by the USO union, up until 7pm on Tuesday, July 12 – the first day of the second round of strikes by Ryanair Spanish cabin crew (TCP) – at the airline’s 10 bases across the country, a total of 15 flights had been cancelled, and 234 delayed.

Of the thirteen suspended flights, five were Barcelona departures, and another five were arrivals. Madrid, Palma de Mallorca, Menorca, and Ibiza airports all suffered just one cancellation each, both departures and arrival. Valencia also had one departure suspended.

Barcelona was the facility affected the most on Tuesday, with a total of 55 delayed flight departures and arrivals. Palma had 44 delays, Malaga 43, and Madrid-Barajas with 31. Alicante had a total of 18 delayed flights, Valencia 15, Ibiza 14, Santiago and Sevilla with five each, and Girona had four delays.
In statements to the media, Ernesto Iglesias, the person in charge of flights for the USO Air Sector, criticised that in some cases the minimum services reached 100 per cent of the journeys of a normal day.

According to Iglesias, five workers were fired and another 90 face disciplinary action for supporting the strike. He demanded that the Government “try to do something”, as the unions have asked him on three occasions, to which the Minister of Work has failed to issue any response.

Iglesias claimed to ‘know’ that Ryanair had ‘practiced international strikebreaking again’, by bringing in cabin crew from Portugal, the United Kingdom, and Italy, to operate in Barcelona, ​​Valencia, and Malaga, respectively.

He said the company must sit down with the unions to negotiate the collective agreement under Spanish law. In addition to this Tuesday’s industrial action, USO and Sitcpla have announced 24-hour strikes for July 13, 14, 15, 18, 19, 20, 21, 25, 26, 27, and 28 at the ten Spanish airports where Ryanair operates.

Their first wave of strikes caused up to 215 cancelled flights and delays, and another 1,255 throughout Spain, according to information from the unions.

A Ryanair spokesperson assured that less than one per cent of its flights to and from Spain had been affected this Tuesday by the “little supported” strikes of the cabin crews. They claimed that the majority were working normally, with the airline expecting a minimal disruption of their flights.

This was explained by the company in a statement, in which it alluded to article 10 of Royal Decree 17/1977. It states that Ryanair is obliged to operate ‘minimum service’ flights, so the crew also has the duty to operate those flights ‘essential to protect passengers’ travel plans’.

As the airline stressed, all minimum services are clearly communicated to the entire crew, informing them that the strike is not allowed on these protected flights.

In its statement, Ryanair acknowledged that there had been a small number of cases in which the crew ignored this requirement causing an ‘unnecessary interruption’ in the plans of the passengers. The airline insisted that it respects the right to strike but that the crew cannot refuse to operate minimum service flights, since that action is illegal.

Ryanair pointed out that the Spanish courts have recently confirmed the decision to maintain the dismissal of crew members who deliberately refused to operate minimum service flights in a previous airline strike.