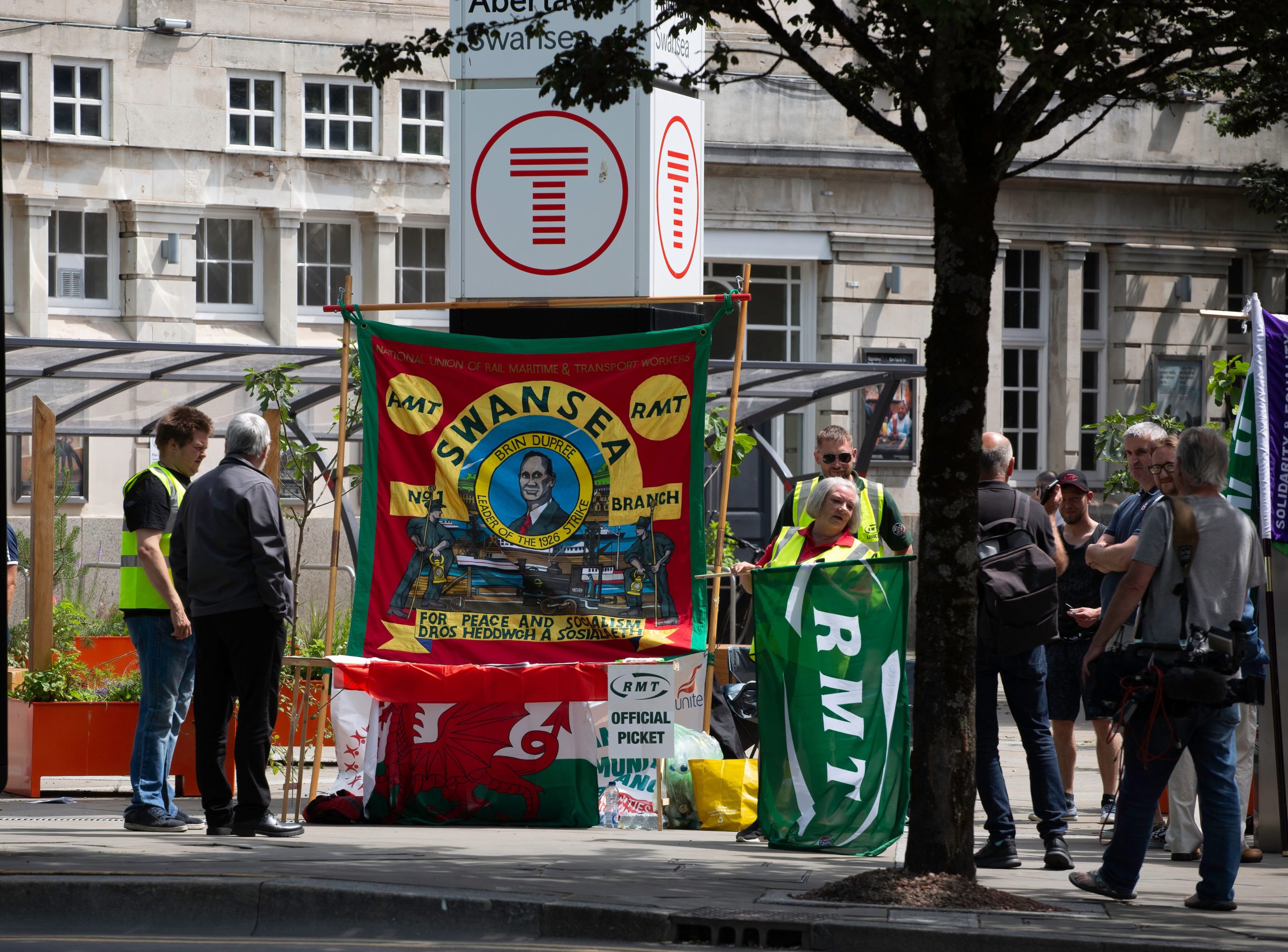 The RMT union has said that there are more rail strikes to come after they rejected the latest pay offer as “paltry”.

RMT General Secretary Mick Lynch said on Wednesday, July 13: “The offer from Network Rail represents a real terms pay cut for our members and the paltry sum is conditional on RMT members agreeing to drastic changes in their working lives.

“We have made progress on compulsory redundancies, but Network Rail is still seeking to make our members poorer when we have won in some cases double what they are offering, with other rail operators.

“The train operating companies remain stubborn and are refusing to make any new offer which deals with job security and pay.”

According to Sky News more was offered to those earning under £30,000 (€35,000). As part of the revised package, all staff would be offered bonuses and discounted travel for them and their families.

The latest 24-hour strike will take place on July 27, the day before the Commonwealth Games begin in Birmingham.

The RMT say they have yet to receive guarantees over job losses or any firm payment proposals, as a result of which they plan to hold discussions with other unions to coordinate strike action.

A Rail Delivery Group spokesperson said: “This latest round of action will cause more misery for millions and take money out of the industry at a time when passenger numbers remain 20% below pre-pandemic levels, making it harder to afford a pay increase.

“We want to give our people a pay raise, but to do that we have bring working practices that are in some cases decades-old up to date so that we can adapt to new, more leisure-led travel patterns.

“Instead of staging more counterproductive strikes, we ask the RMT to come back to the table so we can deliver a deal that works for our people, our passengers and for taxpayers.”

Transport Secretary Grant Shapps has been at loggerheads with the RMT, refusing to meet with them saying the industry needs to sort it out, tweeted: “Yesterday @RMTunion was offered pay deal worth up to eight per cent over two years.

“Today their leadership rejected it without even putting it to their members & instead called another strike.

“RMT bosses aren’t interested in finding a solution, they just want to cause misery to travelling public.”

With the two sides still some distance apart more rail strikes can be expected over the summer and possibly into the autumn.